Congress, the Debt Ceiling, and the Stock Market 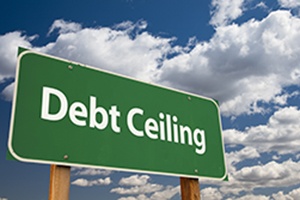 The health care bill was pulled from the House last week before a vote was taken, a sure sign that the support wasn't there. Speaker Paul Ryan has admitted that Obamacare will remain the law of the land for some time. President Trump has, as expected, already started to move on. The papers are trumpeting what a big blow this is to the administration and the Republican Party.

I don’t think so. Although it’s certainly not a good thing for either the administration or the Republican congressional leadership, the damage may well end up being short lived. The real story here may be the success of the political system, not its failure.

Pulling health care may have been a good move

The health care bill was intended to do something negative (repeal Obamacare) rather than something positive (improve the health care system). This isn’t intended as a political statement, but one based on the fact that no one outside of Washington, DC, seemed to be behind it. Doctors weren’t. The insurance industry wasn’t. Average people weren’t, by and large. And because of that, large groups of Republican congresspeople decided not to support it either.

If the bill had passed the House, we would have seen the same fight in the Senate; if it had passed the Senate, a fight to reconcile the House and Senate versions would have broken out, resulting in months of turmoil and infighting, all on the Republican side. Why would the Democrats interfere? Never stop your opponent when he’s beating himself up.

That the Republicans pulled a bill without enough votes to pass is, in this light, both common sense and responsible governance, not to mention good politics. Better to put the time and resources into something that has enough of a consensus to pass.

Which brings us to tax reform, an area where Republicans have far fewer fundamental conflicts, and where even Democrats may be brought on board. A tax reform bill would actually give people something—lower taxes, a tax refund—rather than taking something away. It’s a bill with the potential to make things better.

In other words, by dropping health care and moving on to tax reform, the Republicans now have a chance to make a positive case rather than a negative one. Politically, this is a much more favorable place to be, and it opens up the real possibility that success may follow failure—if the Republicans and the administration get their house in order first. As I expected, there are already signs this is happening. The ability of the Freedom Caucus to derail legislation will likely be constrained going forward, given that its stance led to the survival of the Affordable Care Act.

Can the Republicans pass the next test?

Although tax reform is popular, the next hard vote—on raising the debt ceiling—may well inflame the same divisions that health care did. Just as with the ACA, Republicans have spent years denouncing increases in the government debt limit, but now they have to decide whether they will do so themselves. The divisions between the hard-line fiscal conservatives and the congressional leadership should emerge again. The question will be whether the leadership can bring the conservatives in line—or whether the revolt continues.

There’s no way to tell at the moment. Though the health care non-vote wasn't the defining moment of this Congress, the debt ceiling vote may well be. It’s not likely to be immediate, of course. Although the debt ceiling suspension expired on March 15, the Treasury can and will use the “usual emergency measures” to keep the government in operation, likely through the fall. The pressure will build through the summer, however, driving the need to pass a bill in the spring to keep funding the government. We’ll be hearing quite a bit more about this over the next couple of weeks.

The health care vote, for all the drama, was a want, not a need. The debt ceiling will be a need. This is where the Republicans, as a party, will show whether they can govern in a unified and effective manner. If they can’t, most of the hopes the stock market still holds will require serious reevaluation.