Trump’s Policies and the Law of Unintended Consequences 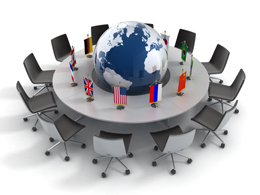 As I mentioned last week, Donald Trump’s administration could have a number of positive effects on the U.S. economy. With government spending growth set to ramp up—and taxes and regulations set to be cut—you can almost see a potential boom forming. It could be a good couple of years to come.

At the same time, we have to consider what else might come along with those policies, as there will certainly be costs. A useful example is the George W. Bush administration, which pursued similar policies with great success—for a while. Let’s consider the potential downsides of Trump's expected policies and consequent faster growth, some of which we are already seeing.

Along with potential benefits, costs

Tax cuts and the deficit. Cutting taxes helps grow the economy but also costs the government money. If Trump follows through on his proposed tax cuts, the deficit will increase substantially. U.S. government debt will grow faster, making debt service more burdensome. In fact, this is only the first part of the problem, as we will see in the next section.

Tariffs and the strong dollar. With U.S. growth up and rates rising, the dollar is also strengthening, which makes U.S. exports less competitive. This is part of what hit the stock market in early 2016, and the Chinese currency continues to drop against the dollar. This trend has damaged both the economy and the markets and will likely get worse. One of the policies Trump has proposed, however, is designed to avert some of the effects of a stronger dollar.

Tariffs are essentially a tax on imports, making them more expensive relative to American-made goods. The intent in imposing tariffs is to help U.S. manufacturers, but there are a couple of problems:

The intricate weave of the economy

There are other concerns as well, but these are the most immediate. None of this, by the way, is meant to dispute or minimize the possible positive effects of some of Trump’s economic policies. My point is that we also need to weigh the risks associated with the opportunities.

The economy is like a sweater; if you pull one thread too hard, the whole thing can unravel. As investors, we need to keep an eye on the threads that various policies are pulling, to avoid getting caught in the unraveling.