The Return of Diversification? 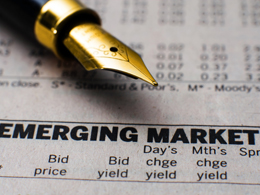 Writing my quarterly update the past couple of days, something occurred to me: international markets are beating U.S. markets for the first time in a while. This is big news, given that U.S. markets have dominated, unusually, for the past couple of years. Also noteworthy is that most asset classes are actually making money for the year—again, something we haven’t seen in a while.

After a few down years, is diversification making a comeback?

I last wrote about this in May, looking back at 2015 and 2014. The title of the piece—“Why Are My Investments Doing Badly?”—pretty much says it all. The reason, in both years, was that only one asset class did well (large-cap U.S. stocks, as represented by the S&P 500), while others did either much less well or poorly. For diversified investors, who were lagging the S&P 500, it looked like the only appropriate solution was to dump everything else and invest only in that.

Financial markets appear to be normalizing

In fact, for eight of the past ten years, that would have been a mistake, but it sure looked good if you only considered the past two years. Now, it seems like financial markets are finally normalizing and diversification may be rewarded.

Looking at the third quarter, for example:

You would have left money on the table by overweighting the S&P 500. Here in the U.S., the S&P was outperformed by the Nasdaq, up 10.02 percent, and even by the high-yield sector of the bond market, with the Barclays U.S. Corporate High Yield Index gaining 5.55 percent.

Here's what we can take away from the past couple of years:

This is, obviously, good news. The normalization of the markets suggests that much of the world is returning to economic normalcy, just as the U.S. has. Second, it seems that market pricing is returning in many areas to fundamentals. Normality is something investors have been seeking ever since the crisis, and after a couple of bad years, financial markets may be returning there.

Of course, normal also implies volatility and that different asset classes will act differently. In other words, normal implies that diversification still makes sense. Meet the new portfolio, same as the old portfolio.