The Pros and Cons of Bank Loans 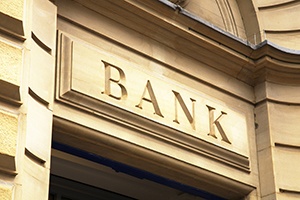 Brad here. Today, we have another detailed look from one of our great investment analysts, Nicholas Follett. Just as with Anu’s take on emerging markets yesterday, Nick provides an in-depth discussion of one of the most popular asset classes out there—including why you might be interested and what you need to watch out for. He goes into a bit more detail than we normally do here, but consider this an example of what really goes on at Commonwealth as we dig deep for our clients and investors. Enjoy!

At first glance, bank loans seem to be genetically engineered for this income-starved, rising-rate environment. The yield is currently about 6 percent. Plus, with the floating rate component, they typically have a duration of less than 90 days, meaning very little interest rate sensitivity. They’re also “senior” in the capital structure to high-yield bonds.

It’s for these very reasons that we’ve seen massive flows into the space for the past 18 months or so—to the point where the loan market has eclipsed the high-yield market in terms of total size. And it makes sense: it seems like these attributes would inoculate the investor from both interest rate risk and credit risk. But the reality of the situation can be a bit different. Before we address some of the cons, let’s take a look at the pros.

Bank loans are debt instruments that pay a floating interest rate based on the London Interbank Offered Rate (LIBOR). To account for credit risk, an extra yield (or spread) is added to LIBOR, usually in the range of 3 percent to 4 percent. The rates the lender receives generally reset on a monthly or quarterly basis. Although an indirect relationship, LIBOR typically rises and falls in concert with the Fed funds rate. With monetary conditions becoming less accommodative, bank loans have been a major beneficiary of the current rising-rate environment. As such, they have become an increasingly attractive sector for investors in search of yield and will be among the top performers in fixed income for 2018.

While the returns have been fantastic, it’s important to mind the rocks when hearing the siren song.

Often called the senior floating rate, the name implies that bank loans aren’t at the bottom of the capital structure and benefit from the accompanying buffer in the case of default. The reality? Not so much.

Many times, it’s cheaper for below-investment-grade companies to issue loans rather than bonds. So, despite the title, the senior floating rate security is the most subordinate issued by the company and isn’t senior to anything. Further, about 75 percent of the loan market is issued without lender protection covenants and is considered “cov-lite.” Putting all of these factors together, the loans issued have less protection for the lender in times of stress and less of a cushion in times of default.

As we mentioned before, the structure of bank loans has somewhat immunized the purchaser to both interest rate risk and credit risk. But these loans do present an abundance of liquidity risk.

Loans are not bonds, so they don’t have a standardized settlement period. Treasuries settle the next day (T+1) and stocks settle in T+2. But the median settlement time for loans last year was T+13, with almost one-third settling in over 20 days. So, let’s say you’re holding a daily liquidity vehicle like a mutual fund or ETF, and the underlying securities take more than a month to settle. In the event of a credit issue, there could be a serious repricing of the loans, leading to a loss on the investment. Most pure-play bank loan mutual funds hold high-yield bonds and cash as a liquidity bucket. But the former will come under pressure during times of stress, and the latter will be a drag on performance during up markets.

While loans have had a record year of supply, they have hardly met the demand for short-maturity, high-yielding securities. Currently, there’s a massive technical tailwind in loans. While that’s typically a positive, at least in the short run, there are also reasons it’s a negative in this space. First is the price. The current average price is 98 percent of par, and they’re generally callable by the issuer at 100 percent or 101 percent . Keep in mind that you have to think about fixed income investing through a total return lens (i.e., price return and coupon). So, while you’re clipping a healthy coupon, the appreciation is being taken out of the equation.

The other concern is the typical purchaser of these holdings. More than two-thirds of bank loans are being bundled as collateralized loan obligations (CLOs). CLOs are created by asset managers who buy a series of bank loans and tranche them out as securitized asset-backed securities (ABSs). Then, through financial alchemy, a double or single B-rated loan (which most of them are) is now in an AA-rated wrapper. This was the same process used with mortgages leading up to the global financial crisis. While there’s nothing inherently wrong with this strategy (perhaps other than the obscurity and the placement in high-grade, short-duration, and total-return funds), it does present a challenge. Even if you scour a fund’s holdings, it’s difficult to recognize what is and isn’t a CLO. If you look on Morningstar, they’ll typically show up in sector positioning under ABS. From a rating standpoint, they won’t show as high-yield but rather as investment-grade. There will be little indication that you own bank loans in your otherwise investment-grade core bond allocation.

Exposure to bank loans can be a great way to increase the income and reduce the duration of an overall balanced portfolio. Even in the best of times and most benign markets, however, it’s important to know what you own when it comes to the more esoteric sectors. As we near the end of the economic cycle and income becomes scarcer, understanding the underlying factors of the current bank loan environment is essential to prudent and sound investing.