The Opposite of Productivity 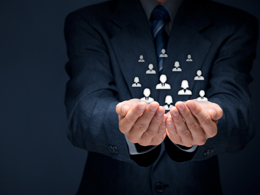 Whatever you call it, what we’re seeing in the economy is, in many ways, the opposite of productivity growth. Yesterday’s terrible report on nonfarm business-sector labor productivity shows that, even as hiring continues and the economy expands, there’s something wrong under the hood.

What is economic productivity anyway?

Economic productivity is formally defined as the ratio of outputs to inputs. In other words, doing more (more outputs) with less (fewer inputs) is more productive. Put that way, it seems pretty self-explanatory, but how we break down the details makes a difference.

Looking at the economy today, the inputs consist of labor and capital (i.e., machinery and equipment). Historically, land has been considered one component, but that is less important in a discussion of productivity growth. Technology is often included also, but for purposes of this discussion, let’s wrap that into capital. After all, investing in new equipment will presumably include new technology as well.

Of the two components, more labor (in the form of more workers or longer hours) can expand output, but the expansion comes at the price of greater inputs. Therefore, productivity may not grow if the relationship is direct. Capital, in the form of machines and equipment, can help productivity grow if an investment in a machine can generate more output than the corresponding cost of the machine, which is almost always the case. This is why the Industrial Age grew economies by so much more than the agricultural age, as machines can add more output than they cost.

Why are the latest productivity numbers so bad?

Clearly, it’s not lack of labor inputs. Hiring has been strong, and labor demand growth has been even stronger. In fact, the high level of hiring hints at the source of the problem. With firms choosing to throw bodies at the issue, rather than become more efficient by investing in new equipment, you would expect productivity to slump—and that’s just what we have seen.

This is also consistent with business investment, which has dropped substantially and actually subtracted from total economic growth over the past three quarters. Businesses are very clearly choosing to hire rather than invest, and that stands to hurt the economy both now and in the future, as current productivity growth is the key to future economic growth.

Will this trend continue?

Fortunately, the answer is probably not, for two main reasons:

Overall, it has been an almost perfect negative storm for productivity, driven by cheap labor, low business confidence, and a drop in investment due to a systemic change in the energy sector. Now, however, all of those trends are either moderating or reversing, which should give productivity a boost as well. One way to gauge that will be to see how business investment does over the next couple of quarters—something I'll be watching closely.