The Consumer Price Index and the Powell Put: What's the Connection? 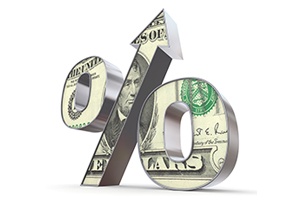 It seems to me that a couple of recent news items need to be put together in a way that, so far, I have not seen. Although the idea that inflation is rising and the discussion of the Fed’s rate increases are often connected, the link to the stock market has been neglected. Let’s see if we can make that connection.

The recent increase in the Fed’s base interest rate, at the March meeting, was expected and did not raise many eyebrows. But perhaps it should have, as this was the first rate increase in years that took place when the market was down from its highs in a material way. The minutes gave the market turbulence short shrift, further suggesting that this Fed may be less concerned about the stock market. Overall, the notion of a Fed "put"—or, as it has been named after the chair in the past, a Powell put—may need to be reexamined.

For those who don’t know, the notion of a Bernanke put or Yellen put refers to the idea that if financial markets go down enough, the Fed will come to the rescue by cutting rates. A put is the right—but not the obligation—to sell an asset at a pre-agreed price. The idea is that if the market drops, you would effectively still be able to sell your stocks at a higher price, due to Fed support. Over the past 10 years, since the financial crisis, there does indeed appear to have been a Fed put, under Bernanke and Yellen. As such, the idea is well entrenched.

Indeed, over that period, the idea made sense. With the economy and financial system fragile, allowing the Fed to help avert the effects of another major market decline was very positive for system stability. It is always easier to do something with a safety net—and that’s just what the Fed was providing.

Would a Powell put be normal?

It was, however, doing so for its own reasons and not to actually support investors or markets. Officially, the Fed’s mandate is to keep prices stable and employment as high as possible. Financial markets are not on the list. The Fed put was established to aid in the primary objectives and has never been an objective of its own. Nonetheless, even as the economy has recovered, the notion of the Yellen put—and now the Powell put—persists. Ten years is a long time. For many investors, it is all they have ever known. So, a Powell put would be normal, right?

Actually, no. Powell is on record as saying he believes markets should be left more to their own devices, without the Fed stepping in at every pullback. Even if Powell did want to keep that net in place? With inflation rising, he and the rest of the board members will increasingly be forced to make some hard choices.

Inflation continues to run under the Fed’s targets, by some measures. But it is actually over those targets by others. For example, the most recent CPI data (released yesterday) took core CPI inflation, excluding food and energy, to 2.1 percent for the past 12 months. This is above the Fed’s 2-percent target, while the headline number is at 2.4 percent. Inflation is also accelerating, with core inflation up 2.9 percent annualized over the past 3 months. With other factors also pointing to high inflation on the way, the Fed will likely have to deal with inflation above its target for the first time in years at some time in the near future.

In other words, the Fed will have both employment and inflation at its target, but interest rates still at emergency levels. The gap is large and unsustainable, and it will keep Powell and the committee on course for higher rates per their official—and very real—mandate. Even if the Fed wants to put out the Powell put, its ability to do so will be constrained by the need to keep the real economy in line.

The Powell put is very likely to be at a much lower price than the Yellen put, or even be nonexistent. This may be one more reason for the recent volatility, as markets process the most recent data. It will not really come into play, though, until we see a more significant decline. When we do, watch for the markets to look for a lifeline that may well not be there.