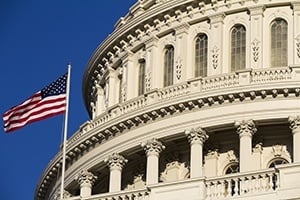 It was 243 years ago today that a group of Massachusetts Bay colonists threw the Boston Tea Party, protesting a law they did not like by dumping tea from British ships into the harbor. This, of course, led to further British laws and colonial unrest—and eventually to where we sit today, in the United States of America instead of Greater Britain.

As I write this just outside Boston, on a 3-degree day, my first thought is that it must have been darn cold on those ships, and the protesters must have been pretty upset to go out there at this time of year. Which brings us to the question of why they were so riled up. The issues were, in no particular order, taxes, trade, regulation, corporate power, and a distant unrepresentative government disconnected from its subjects.

More recently, many Americans have had similar complaints, and they acted on them in November by voting for significant change. One of the most positive results of the election is that a meaningful portion of the electorate, who largely felt disenfranchised, have now moved back into the political process.

Why is this a good thing? Again, look at the Boston Tea Party. The only reason it became necessary was because the British government was not responsive. At that point, violent protest was seen, at least by some, as the only option. By bringing people back into the political process, we help address real needs and preserve the structure of our democracy.

Going forward, both sides now have a real incentive to push their ideas—and to compete for voters. The Republicans need to shore up their share of the popular vote. The Democrats need to extend their geographic appeal. The results show that both parties have a lot of work to do, which should be beneficial for the country as a whole. Competition drives improvement, and politicians on both sides will now be more compelled to address voters' concerns.

With this election, we have also assigned clear accountability. The Republicans now own the government, and they will own the results. The Democrats, meanwhile, will hold the government accountable for its promises, actions, and consequences.

Setting aside the many policy differences between the parties, the real question for the country as a whole is whether or not our political system actually works. For those who voted for change, many of whom felt poorly served by the existing political structure, the answer is now a definite yes. We do have change, and on a very significant scale.

And the good news is, if it doesn’t work out, we’ll have another chance to vote for change in two years. Both parties have been put on notice that they need to do better and that more voices need to be heard.

Even if you don’t like the results of the election, you can take comfort in the fact that, in many respects, our democracy is working exactly the way it should.