Symptoms, Diseases, and the Fed 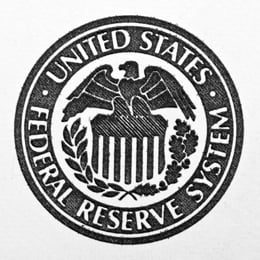 This week, someone asked me about the excess reserves held by the banking system and what the Federal Reserve is likely to do about it. As it turned out, what he really wanted to know was whether inflation is likely to take off and which signals might alert us if the economy and markets are about to roll over. I would have been happy to talk about the first topic (a symptom), but the second (the underlying disease) was far more useful.

We ended up discussing whether or not the Fed has a handle on the economy and if it is planning for the future. I argued that its past actions had been predicated on the financial crisis, and the Fed was even now beginning to unwind those actions. In other words, although there will inevitably be mistakes, there’s no looming catastrophe, and the economy is in reasonably good hands.

Which brings us to the FOMC minutes . . .

After this conversation, I was glad to see my take confirmed by the minutes from the Federal Open Market Committee’s last meeting, released yesterday. Much of the commentary on the minutes has highlighted the uncertainty the Fed expects around the new administration’s fiscal policy, and rightly so.

For me, though, the main takeaway was that the Fed seems to be keeping its eye on the real problems the economy faces, even as the symptoms change.

These minutes came as close as the Fed ever will to declaring victory on the employment front, stating that “most participants” thought the labor market was close or at full employment. The minutes also claimed that victory was in sight, although not yet here, on inflation. Problem solved, right?

Yes, but now the Fed is shifting away from the symptoms that have concerned it for so long to focus on how the underlying problems with the economy will next manifest. What matters is the patient, and the Fed is starting to address the next set of risks, which are now largely to the upside in Fed members’ estimation: higher inflation rather than lower, and an economy running too fast rather than too slow.

You could argue that this is premature, and I suspect the Fed would agree. But the time to start thinking about the problems of success is before they show up. As usual, Winston Churchill was right when he said, “The problems of victory are more agreeable than those of defeat, but they are no less difficult.” Watching the Fed start to declare victory, and to plan for those problems, is reassuring on multiple levels.

I often tell the story of the time I visited the Kitt Peak National Observatory in Arizona. It was a wonderful day, touring the telescopes. But there’s a surprise at the end: as you prepare to drive back down, on a switchbacked road with 100-foot drops off the side, they tell you not to use your headlights, to avoid the effect of light pollution on the observatories. Instead, you have to follow a guide car, in a line, all the way down.

Let me tell you, you drive very slowly and pay close attention; you don’t want to miss a turn and keep going when you shouldn’t. Needless to say, we made it down safely.

The message I took from the FOMC minutes yesterday is that the Fed is indeed going slowly, keeping a close eye on the data, and looking for that next turn. Based on its behavior so far, the Fed doesn’t seem likely to let the economy go over a cliff, and the odds look good that we'll make it down safely.