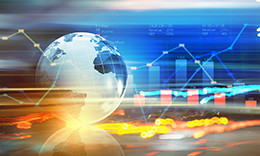 As always happens in times of uncertainty, the doomsayers are back.

Not that long ago, they were predicting that destructive Federal Reserve policy would lead to the collapse of the economy and the downfall of the dollar. After being proven wrong on those fronts, they’ve returned with a new story: that the drop in oil prices will be the undoing of the U.S. economy.

These predictions tend to fall into two major categories: the deflationary collapse and the inflationary collapse. They're based on real issues and real concerns, giving them a whiff of plausibility. But the doomsayers are pros at distorting the facts in order to scare people. Unfortunately, it seems to work.

In an effort to counter such arguments, let's look at an example of actual economic failure, compare it to the situation in the U.S., and see what we can learn. We know failure happens, so let’s study it.

Japan and the deflationary collapse scenario

I wrote a bit yesterday about Japan’s policy failures, which have left the country mired in a more than 20-year deflationary slump, despite massive fiscal and monetary stimulus. In many ways, Japan is the poster child for what might happen in the U.S.

But will it happen here? Probably not.

The key difference is that, when its economy first slowed, Japan did virtually nothing to fix its problems. Instead, it opted to “extend and pretend” on bad debts that kept its banking system crippled, starving new companies of loans.

The U.S., in contrast, let banks fail, wrote off bad debts through the Resolution Trust Corporation, and generally cleared the decks for new growth. The U.S. did almost the same thing in the early 2000s, after the collapse of the stock markets. In both cases, the U.S. was engaged in fundamental restructuring, whereas Japan has attempted to use governmental policy to paper over economic failures.

Of course, you could argue that the U.S. has been taking a page from Japan’s book since the financial crisis, abandoning the effective policies we used in response to earlier crises. There is something to that argument, certainly on the monetary policy side, but it ignores several things:

Deflation not a pressing concern for U.S.

Unlike Japan, the U.S. has recognized losses and changed the system—exactly as we did in the early 1990s and 2000s—rather than clinging to failed models from the past. The doomsayers who use Japan as an example are ignoring this. The deflationary mode of failure, although possible in theory, simply doesn’t fit the facts here in the U.S. For instance:

Deflation, at least here in the U.S., is much less of a concern than some commentators believe, and the average person seems to get that, as expectations have moved very little.

If we’re not at risk from deflation, what about the other potential road to economic failure: inflation? Venezuela is a great case study of that scenario, which we’ll discuss next week.