Some Thoughts on Technology and Risk 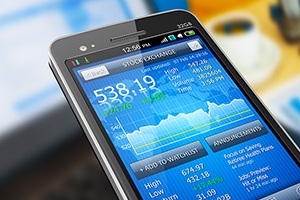 Today's post is going out a bit later than usual, as I’m experiencing some problems related to technology and distance. You see, I am lucky enough to be at the Commonwealth Leaders Conference, which is taking place on a cruise ship now located in the Gulf of Alaska. It is pretty close to the middle of nowhere from a tech standpoint. Wi-Fi, when we have it, is spotty. It is surprising to me just how much of a difference this makes in my life. My name is Brad, and I have an Internet problem. Something to think about when I return!

The other difficulty is that my e-mail is acting wonky as well, making it hard to use even when we do have service. Of course, this is not the first time this has happened. But being out in the middle of the ocean, well away from cell service, it is a much harder dilemma to resolve. Combined, the two problems mean you may be reading this post as your workday ends.

This situation is a bit annoying, but ultimately it is no big deal. It does, however, point to a bigger potential problem with the markets. That is, even as we build all of these systems to make the financial markets faster and more efficient, what dependencies and risks are we building in as well?

I am not worried so much about the technological infrastructure. There are problems, such as the occasional squirrel chewing into a power cable. But the periodic outages have, on the whole, been handled well. I am more worried about the systemic risks that arise from the interactions of the different software packages. Even more concerning than that are the interactions of the various players in the markets.

We have seen signs of this risk in the past. In 1962 and 1987, markets dropped precipitously for no discernible reason. More recently, we have had a couple of “flash crashes” where markets dropped and bounced, all in a matter of minutes. The risk is real, although so far it has been contained.

What can we do?

Unfortunately, there is not a lot that we as investors can do about it, other than to be aware that risk exists and not to overreact when it shows up. The flash crashes, for example, have had exactly zero effect over time. The same applies to the 1987 crash. The real risk was not in the event but in the reaction.

The key, of course, is to look at risks in the context of our overall time frames and goals. What looks risky in the short term is very likely to be insignificant in the long term. The objective is to understand and manage the risks, so you can tell the difference.

The secret to success

To close on the same example we started with, I was able to use a different e-mail system to contact Commonwealth’s Tech Support team, who now have me back up and running—and are the reason you get to read this post at all. Once again, the secret of success is having the right people to manage the risks that inevitably show up—and not panicking when they do. One more reason (besides the wonderful trip!) that I am proud and grateful to be at Commonwealth.