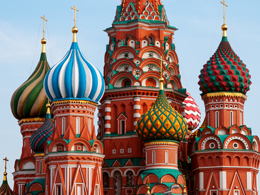 I’d planned to write about how Russia can respond to its current crisis, and I will. But the announcement that the U.S. and Cuba are resuming normal diplomatic relations has kind of gotten in the way.

Thinking about it, though, the events in Russia and Cuba are, in many ways, different facets of the same story.

That story is how economics is starting to drive geopolitics. There have been a couple of constants over the past several decades—for one, energy has been a primary decision metric for every state. Oil and gas have supported Russia’s position in and around Europe for the past 25 years. Cuba has been able to defy the U.S. because of Russian and, more recently, Venezuelan support, delivered in the form of oil.

Oil has enabled countries around the world to punch beyond their weight in one way or another. Britain with the North Sea oil, Norway even now, Saudi Arabia and the Persian Gulf emirates—the list goes on and on.

Now, we’re starting to find out what happens when oil isn’t so scarce. The current situation won’t last forever, but it is changing the world. I wrote a while ago about the U.S. becoming a price-setter for oil—well, that’s happening right now.

Russia, once unassailable both militarily and economically, is now facing an economic crisis, reducing its levers to one: military force. Saudi Arabia, once the price-setter and dominant player, is still important but no longer giving orders. Venezuela, once able to defy the U.S. and help Cuba do the same, is now entering an economic collapse. Cuba is facing the new reality by opening up to the U.S.

How long will this new world last?

You could argue, and I do, that this won’t last forever—perhaps another 10 years. With the growing affordability of alternative energy technologies, however, even when shale oil starts to run short, it won’t mean the oil powers regain their sway. Instead, the current situation might persist for the indefinite future. Solar is already price-competitive with grid power in many countries and states, and that list will only continue to grow.

Knowledge-based economies will do better in this new world. What Russia can do, in this environment, is largely limited to being a spoiler. With substantial military power, including nuclear weapons, it still has the ability to do lots of damage, especially in Europe.

This should lead to a deescalation of the crisis, as both the U.S. and Europe increasingly realize that managing Russia’s power to do harm should take precedence over scoring points, especially given its very probable continued decline. With oil assuming a less important role, knowledge becoming an increasingly important economic driver, and Russia’s population continuing to decline, the country is not a long-term problem, and it shouldn’t be treated as such.

Eventually, Russia will come face to face with the new reality, just as Cuba did. Minimizing the damage until then should be a policy priority.