Returning to a Normal Economy

As we deal with the daily rush of news and data—the elections, the Fed meeting, earnings, and so forth—it is easy to lose sight of the bigger picture. Yes, there is a lot going on. Some of it is good, some of it is bad, and most of it is somewhere in the middle. But if we step back a bit, we can see that, on the whole, we are returning as a country to something like normal, at least on an economic basis.

You can see this return in a number of metrics, but I want to call out a couple that particularly speak to me. First, let’s take a look at overall economic growth.

If you look at the real size of the economy, net of inflation, you can see that we tend to have roughly decade-long periods where the economy is above the steady growth line, followed by periods where it is below that line. In about 2017, we moved back into an above-the-line period; after a distortion from the pandemic, we are moving back there. The economy, right now, is exactly where it should be in a normal environment. At the largest level, we are already back to normal. 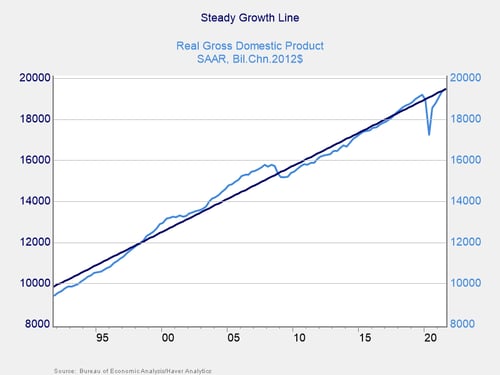 At lower levels, of course, we are nowhere near normal—but we are getting closer. The trend line for job growth, for example, was about 200,000 per month prior to the pandemic shutdowns. Over the past 18 months, job growth has trended down to last month’s 194,000. While we will hopefully get a stronger number this week, the downward trend clearly signifies a return to normal at some time in the next year or so. 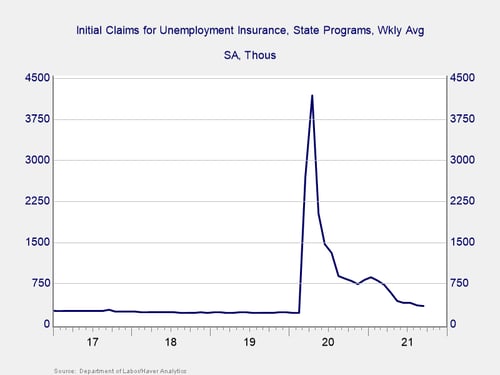 We also see the same thing in layoffs, which are now only about 30 percent above the pre-pandemic levels. Again, we’re not quite there yet, but we are on track to get there in the next year or so.

So far, so good. But what about the things that are really affecting financial markets—inflation and interest rates? Here, too, we can see trends back to the pre-pandemic normal.

If we look at the Consumer Price Index (CPI), for example, we can clearly see what the problem is, as the index has jumped well above the trend line. But here, too, we can see some additional things. First, we saw a similar bump before in 2008-2009, in the aftermath of the financial crisis. Much of the inflation then (and now) was due to crisis disruption of the economy—as the crisis faded, inflation returned to trend. 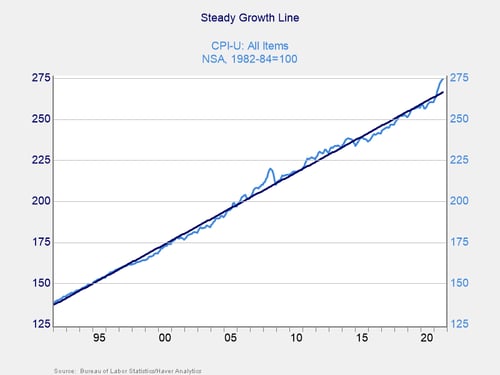 And that seems to be exactly what we are seeing in some of the highest-profile items. Chinese coal and U.S. lumber prices are dropping back down after significant surges. U.S. energy prices are still high, but drilling is accelerating again. 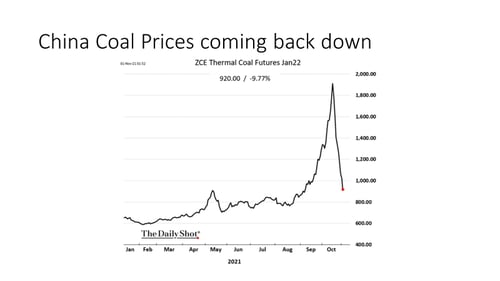 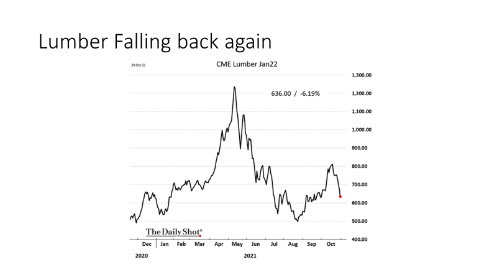 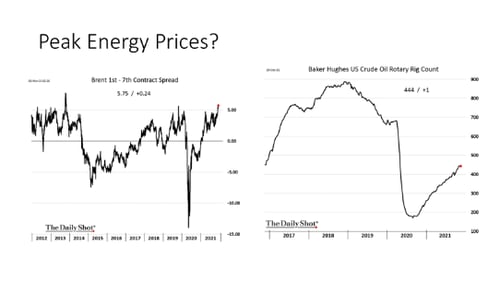 And, if you consider normal inflation not as the past 10 years—when it has been abnormally low—but as the 2 percent the Fed is on record as trying to achieve, then we are now approaching that normal from below. 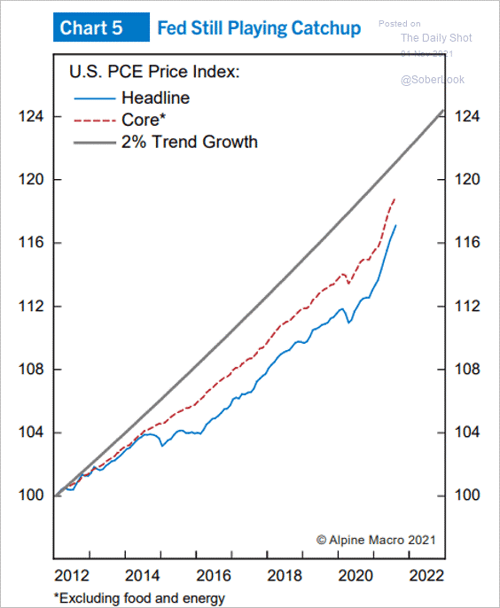 I could go on. Personal income and spending, on a real basis, are moving back to the normal trend line. Interest rates look to be doing the same. The takeaway here is that while there are a lot of things that are not normal, at the highest level, the economy is looking increasingly like it did before the pandemic.

We are not there yet, but despite the headlines, we are indeed on the way back to normal.