Oil and Commodity Prices: Back to the Future

Today seems like a good time to pull out the wayback machine again, for a look at commodity and oil prices. I’ve focused quite a bit on oil prices here, and what they might mean for the U.S. economy, but other commodities are also important.

Note that we’ll be looking at real prices in this post. Although commodities (and everything else) are priced in nominal dollars, we need to remove the effects of inflation in order to make valid comparisons over the time frames we’re talking about. The previous two wayback posts, on employment and interest rates, didn’t present this problem. But for anything dealing with prices, we have to account for inflation, so the numbers here may look a bit different from what you remember. 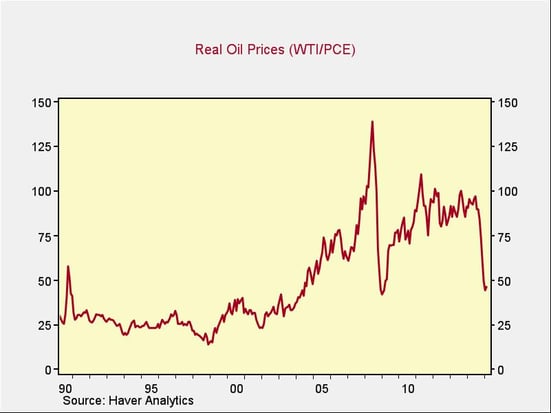 Remember, these prices are in real terms, adjusted for inflation, so we can see a couple of things: 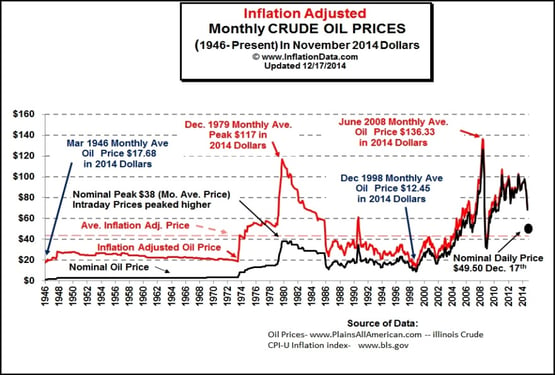 Ditto for other commodities

When we look at other commodities, we see roughly the same thing, per the chart below. 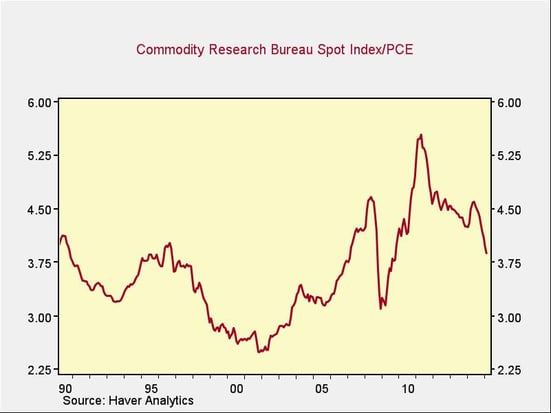 Here, there was more volatility from 1990 to 2005 than in oil (but still a general range in which commodities traded), then run-ups in the late 2000s and early 2010s, followed by a decline back to where prices were in previous decades.

The first answer is that it almost doesn’t matter. Prices are what they are, and what we see is that they’re moving back to normal levels.

For the future, though, it does matter, and I would say that two trends were responsible for driving prices higher:

Absent these one-time factors, we are probably moving back to a calmer environment for oil and commodity prices. This should help moderate both inflation and deflation, as well as enable businesses to plan better and more effectively.

What it will not do is substantially change how the economy operates, for better or worse, but simply take us back to a more stable environment—which, come to think of it, should be a force for good.