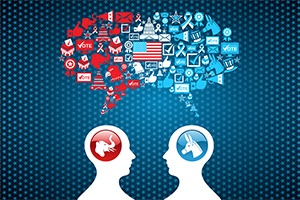 Yesterday, President Trump did an interview in which he apparently reversed several key tenets of his election campaign. To wit, he noted that China was not actually manipulating its currency, at least recently; that he kind of liked Fed Chair Janet Yellen and more or less approved of the Fed’s low-rate policy; that trade was, in fact, good and so were government agencies like the Export-Import Bank that supported it; and that he would be happy to see the value of the dollar weaker rather than stronger.

Any one of these statements would have generated headlines, but to hear all of them in one interview really set bells ringing.

The implications of each of Trump’s comments obviously vary, but there are several big-picture commonalities that are worthy of coverage. By far, the biggest is that the president has confirmed, once again, that he is a pragmatist rather than an ideologue. He ran on one set of beliefs, and now that he is in office and facing some of the consequences of those beliefs, he is changing them as appropriate. This is actually an excellent sign and recalls Keynes’ comment to one critic: “When the facts change, I change my mind. What do you do, sir?” Intellectual flexibility can be a virtue.

That same flexibility, however, can be expected to create political problems. By shifting from an initial populist catalog of positions—Main Street ideas, if you will—to a more traditional economic policy—à la Wall Street—Trump is arguably abandoning the girl he brought to the dance, and she is bound to resent it. Pragmatism, after all, means disappointing the ideologues, and we already saw what happened there with the health care bill failure. The president has now signaled another potential shift away from the conservative movement, and political conflict is likely to follow.

A move toward balance and cooperation?

This is not necessarily a bad thing. From an economic perspective, a policy reversion to more standard positions should be positive. After all, these policies—despite their very real weaknesses, in some cases—were put in place for a reason and often represent a best-balance compromise. Even if you don’t accept the economic argument directly, there is no doubt that reducing uncertainty around future policy decisions is likely to be positive for markets.

Beyond that, the possible emerging acceptance of a couple of key tenets—that trade is good, and that government has a positive role to play—opens the door to more cooperation with Democrats. This new signal of pragmatism may be at least partially designed to start that conversation.

Overall, despite the headlines generated by the president’s interview, I see positive effects—if he sustains his view. By indicating more confidence in the Fed’s policies and personnel, and by taking a more positive tone on trade and indicating China is not the enemy, Trump may be opening the door to a less confrontational strategy, which could reduce uncertainty and help him be more effective in reaching his goals. That this may end up upsetting members of the conservative movement could be more of a feature than a bug.