Moment of Truth: Will the Market Meet Expectations This Earnings Season? 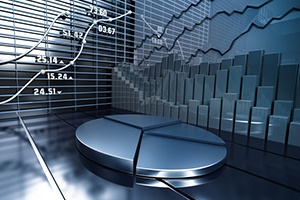 First, there was hype and then improving sentiment in the real economy, along with a nice initial rush in the stock market. More recently, we’ve seen doubts and weak numbers creep in for the economy and worries and a small pullback for the stock market. And, now, we’re getting to the moment of truth: We are actually going to see whether companies are making as much money as the market thinks.

Over the next three weeks, 80 percent of the S&P 500 companies will report earnings. We get 17 percent next week, 40 percent the week after that, and 23 percent the following week. Expect a lot of headlines about the usual hits and misses.

What you can also probably expect are more hits and beats than misses. Companies have done their best to manage expectations, making them more likely to hit or beat, and analysts (who know this game perfectly well) have likely accommodated them once again.

The good news here is that expectations are quite high. As of the end of last week, per FactSet, the estimated earnings growth rate is 8.9 percent; other estimates have it in the double digits. Even if we hit the FactSet number and not a higher one, that would still be the fastest growth in earnings on a year-on-year basis since the end of 2013—and well above what we have seen in the past two quarters. Accelerating earnings growth is a very positive trend.

In fact, it is very likely that the actual numbers will come in better than expected. Normally, about two-thirds of companies beat expectations—by an average of about 4.5 percent. If that plays out this quarter, it would mean earnings growth of around 12 percent—the highest level since the third quarter of 2011. So far, although it is early days, almost three-quarters of companies that have reported are beating estimates (more than usual), so the chance of hitting that number looks pretty good.

What could change the outcome—for better or worse?

The bigger picture is positive as well. Top-line revenues are expected to increase by 7.1 percent, the highest since the end of 2011, and 10 of 11 sectors should show revenue gains, led by energy. Digging into the details, though, we see the following factors that could affect results.

Tailwinds. Major tailwinds this quarter include the energy sector, financials, materials, and technology.

Headwinds. Headwinds include the industrial sector, particularly airlines, which are projecting a decline in earnings of 52 percent. While earnings for the sector as a whole are expected to drop by 7.3 percent, taking airlines out adjusts that decline down to just 0.7 percent. Absent airlines, even industrials are not doing badly at all, really.

Political uncertainty. Markets have been backing and filling over the past couple of weeks on rising political uncertainty, centered on events in Washington, DC, and now on rising geopolitical concerns. While rising economic expectations drove markets higher earlier this year, that news has now been fully priced in. What has been missing is new information to push them to another level.

With good news expected for earnings, and the real chance of even better news, earnings will be critical over the next couple of weeks. Widespread misses could ratify some of the existing concerns and pull markets back down. More likely, though, better-than-expected news could provide that spark to start another rally. We will have to wait and see, but for now, the outlook is positive.