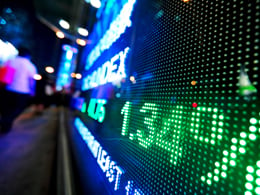 Here’s my recap of May’s market and economic news, plus insights on what to expect going forward.

U.S. financial markets had a relatively quiet month, with little volatility, except for the Nasdaq, which was down close to 2 percent mid-month. All U.S. equity markets finished May on a strong note, however, with the Dow Jones Industrial Average up 1.19 percent, the S&P 500 Index up 2.35 percent, and the Nasdaq up 3.11 percent, despite the mid-month drop.

Developed international markets performed very similarly to the S&P 500, with the MSCI EAFE Index up 1.62 percent, partially closing the gap between international and U.S. returns year-to-date. Emerging markets showed very strong performance, with the MSCI Emerging Markets Index up 3.26 percent for the month, although earlier weakness this year means total performance for 2014 still trails developed and U.S. markets. Technical factors were supportive for both.

Fixed income markets showed surprising strength at the end of May, with an unexpected decline in interest rates. Yields on 10-year U.S. Treasury bonds dropped from 2.63 percent at the start of the month to 2.48 percent at the end, driving gains in the long end of the curve while causing underperformance in spread-based and shorter-duration products. The Barclays Capital Aggregate Bond Index was up 1.14 percent for the month.

The revised GDP number released at the end of May—which showed that the U.S. economy had actually shrunk by 1 percent in the first quarter of 2014, rather than growing slightly—highlighted the difference between the first quarter and the past two months. While the economy suffered from severe weather in January through March, more recent reports have been better:

Given the strength of the employment and housing markets, it wasn't surprising that consumer confidence also continued to improve, with confidence for those under age 35 recovering to precrisis levels for the first time. Rising confidence and employment led to further gains in consumer spending and increases in lending.

Based on these positive factors, most economists expect growth in the second quarter to be quite strong—and to accelerate for the rest of 2014.

The Federal Reserve and interest rates

No news was good news from the Fed in May. As the tapering process continues, the Fed reportedly remains confident in a strengthening recovery. A surprising drop in interest rates at the end of the month may call that view into question, but analysis of the supply-and-demand balance for Treasury securities suggests the drop is market-driven, rather than a sign of economic weakness to come.

Even with the taper, the reduction in the federal deficit means that the Fed is still buying a large proportion of the total debt issuance—and that sustained Fed purchasing, combined with growing demand from other buyers, is pushing rates down. 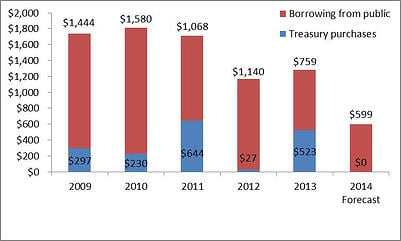 In fact, rather than a sign of impending economic slowdown, the rate drop could actually accelerate the recovery, particularly in housing, where lower mortgage rates may spur activity.

Even as conditions in the U.S. improve, risk remains substantial at the international level.

Back to the old normal?

With the U.S. economy continuing to mend (and the bulk of the risk coming from international issues), it almost seems as if we’re moving back to the old normal. We’re not quite there yet, but the absence of many of the crisis issues of the past several years could be leading the market to a potentially unhealthy degree of complacency.

It would be a mistake to take the current improvement in the real economy and appreciating financial markets as a sign that risk has disappeared. Although I expect the recovery to continue, financial markets remain richly valued and subject to correction risk. Further, we can’t rule out negative surprises from Europe and China. And, even though the recovery appears to be strong, it could weaken again.

I certainly acknowledge the positive changes—which are many and substantial—but investors should continue to be on the lookout for risk.

All data according to Bloomberg, unless otherwise noted.