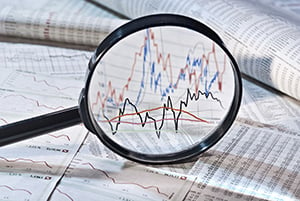 Yesterday’s inflation print was a big surprise—a bad one. Yet, looking at the headlines, you could be forgiven for wondering why. The headline CPI, after all, increased by only 0.1 percent, after being flat the prior month. If we annualize those two months, the inflation rate would be only 0.6 percent per year, which is the opposite of what everyone is panicking about. It isn’t that simple, of course. But given that and the fact that inflation for the past 12 months was down from 8.5 percent to 8.3 percent, it would seem inflation is slowing. So, why the panic?

The answer is that overall inflation remains high and may be accelerating, despite the headline number. The reason that number was so low is that gas prices dropped sharply, even as other prices continued to rise. The core CPI number, which is a better indicator of general price changes and excludes energy and food, was up sharply by 0.6 percent. This result was double both expectations and the prior month’s number, while the past 12-month number rose from 5.9 percent to 6.3 percent. Not only is core inflation up, but it is accelerating. That is a real problem.

Just why that is relates to the reason we differentiate between headline and core inflation. Headline inflation reflects the costs people incur in their real lives, which include heating, driving, and eating. As it reflects people’s lives, it makes sense that it is the headline number. The problem? From a monetary management perspective, it is not a good indicator of inflation. Two items in particular, energy and food, are not optional purchases. You have to eat, and you have to drive. Demand tends to hold despite changes in economic conditions.

Inflation in the Real Economy

So, the headline CPI reflects real spending, while the core CPI reflects the spending that is most indicative of inflation in the rest of the economy. This is why the Fed, among others, for a long while was less concerned about the higher level of the headline CPI, as it was largely driven by higher gas and food prices, which tend to pass and about which the Fed can do little anyway. As long as the core CPI stayed at lower levels, the thinking went, inflation was really not that bad and would pass when energy and food prices moderated. Arguably, this made sense.

But the most recent numbers put that into reverse. The Fed had already stepped in hard to raise rates to limit inflation. Indeed, there were signs that it was working, raising hopes that rate increases might pause soon. But much of that improvement came from drops in gas prices, rather than inflation improvement in the rest of the economy.

Yesterday’s data showed that the Fed’s rate hikes are not working, at least yet, and that inflation in the real economy is getting worse, not better. Because of that, markets concluded that the Fed would not be pausing rate increases but would likely hike further and faster than expected—which explains the market reaction yesterday. Higher rates mean lower stock values.

Signs of Improvement Ahead?

The real question going forward will be whether inflation will continue accelerating and forcing the Fed to keep raising rates. There are signs it might not. One of the major factors behind yesterday’s inflation surprise was housing costs, which grew much more than expected, but where the data suggests a downturn is likely ahead. Another major factor was the cost of health insurance. But that too, because of the methodology used, may turn around. In other words, yesterday’s numbers were terrible, but there are signs some key components may improve shortly.

Another sign that might be the case comes from this morning’s inflation data, the Producer Price Indices. Here, the headline number held steady at 0.2 percent, but the annual number dropped by much more, from 9.8 percent to 8.7 percent (a much bigger drop than the CPI). Similarly, for the core PPI, while there was a gain from 0.2 percent to 0.4 percent, the annual number was down as well, from 7.6 percent to 7.3 percent. That’s still too high, but even if that monthly 0.4 percent figure held, there would be a decline in inflation going forward.

As always, markets have reacted to a headline—although not about the headline number. But when you look at the details, things are not so bad. The CPI and the market reaction suggest inflation will keep rising at an accelerating rate, but not all of the data agree. Even using much of the data as it stands, it still looks likely inflation will end the year lower than it is now.

As investors, we do need to keep an eye on this. But, as always, that does not mean we need to panic. The Fed is raising rates to contain inflation, and there are signs that it is working. This will take time. The fact that the Fed is raising rates, while it panics the markets, is a sign that inflation will ultimately be beaten. Until then, expect more volatility, but we continue to head in the right direction.