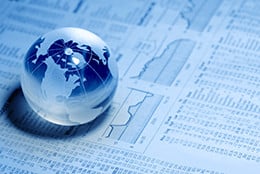 Following up on yesterday’s post, let’s take a look at what the oil price crash might mean for states in general. The problems in the Middle East and Africa are the most glaring, so we'll start there.

What does a barrel of oil really cost?

A good way to approach this is to compare a country’s marginal cost of production (the minimum price at which it can cover its real production costs) with the social breakeven cost—the minimum price it needs to pay its bills and fulfill its obligations to its citizens. The marginal cost to produce a barrel of oil ranges from more than $50 in the United Kingdom to less than $10 in Saudi Arabia and Kuwait, with the U.S. in the middle at $35–$40, per CNN Money. In theory, Saudi Arabia can make money indefinitely (and take over the world oil market) by pumping at $11 per barrel.

In practice, it’s not that simple. Saudi Arabia heavily subsidizes its population, spending billions to provide cheap gas, housing, education, and many other things. As a result, its breakeven price is estimated to be north of $100 per barrel. With oil at $30 per barrel, Saudi Arabia has to take about $80 from its reserves, or borrow, to cover its expenditures. Much of the spending is designed to maintain social stability and buy allegiance to the ruling family, and it has worked. Without that spending, the risk of instability rises sharply; indeed, that’s already happening in some neighboring countries, such as Yemen.

Saudi Arabia, Nigeria, and Venezuela are prime examples of how oil has been used to bolster government legitimacy. But how about Scotland? The country’s recent referendum was heavily influenced by the perceived risks of independence, including how the oil would be separated. That risk might be much smaller now.

Another example is the recent U.S./Iran negotiations. With oil at $100 per barrel, the Iranians could use the money from the agreement to lift their economy. Now the benefit is much less, and so, quite possibly, is their incentive to keep it. The political costs of the agreement in Iran are offset by much smaller economic benefits. Taking it one step further, would the U.S. have signed the agreement if Saudi Arabia was still the dominant oil producer? Probably not, or at least we didn’t.

Clearly, the drop in the oil price will affect the standing, both domestically and internationally, of any state that depends on exporting it. Saudi Arabia now has to face a more competitive Iran. Syria has collapsed. Russia may be forced to assume a more conciliatory posture. And the U.S., as the new price setter in the market, has acquired greater international heft.

The net effects for the U.S. should continue to be positive. By taking control of a key determinant of the world economy, we are much less vulnerable economically and politically. It’s no accident that major oil powers (Venezuela and Russia) have been able to defy the U.S. And it’s no accident that the major problem in the western hemisphere (Cuba) was enabled by these countries.

With the collapse in oil prices, both the internal stability and economic power of these governments are weakening. With Russia and Venezuela, this is a major positive for the U.S. Even with Saudi Arabia, a longtime ally, the shift gives us the opportunity to act more freely than we could have only a couple of years ago.

In short, one of the principal effects of the oil price collapse has been to empower the U.S. while weakening some of its major adversaries. Even if prices move back up to the $40–$60 level, where I believe they will settle, the gap between market prices and the prices most states need to maintain their legitimacy will persist. The erosion of their power, and the corresponding boost to the U.S. position, should continue into the indefinite future.