The Costs of Low Oil Prices 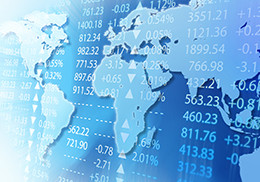 Overall, the effects of low oil prices here in the U.S. have been positive—very positive, in fact. In the rest of the world, this is even more true. China and Europe, for example, import much more energy as a proportion of their economies than we do, and the positive effects have been proportionately greater. Whatever troubles China and Europe are having, they would be much, much worse with higher oil prices.

There are, however, real costs of cheap oil.

First, and most obvious here in the West, is the impact on stock markets. Energy companies have seen their revenues, profits, and asset values decimated. Excluding energy, U.S. companies haven’t been doing all that badly, but the energy sector’s terrible results have helped take the entire market down. This decline is probably getting close to the end—oil is not going to zero—but it may still continue for several quarters.

Europe and China are in similar positions, with positive effects overall but real damage to energy companies and the markets.

Elsewhere, things are much worse. Commodity-driven economies like Russia and Venezuela are often in the headlines, but Canada and Norway (and even Alaska and other parts of the U.S.) are also affected. Any economy built on oil extraction is getting hammered. The damage in more developed economies is less than in countries like Russia, but still real.

The collapse of the Soviet Union can be attributed, in many ways, to another era of low oil prices combined with stepped-up U.S. defense spending that the U.S.S.R. tried to match. The context is different now, but the effect could be the same. Much of Russia’s recent international aggression can plausibly be chalked up to an attempt to cover up domestic economic weakness.

Russia isn’t the biggest problem, though. The international damage we should be most concerned about is in the Middle East. Despite everything, Saudi Arabia has been a force for stability there for the past several decades. Low oil prices could make it impossible for the Saudis to keep their own country stable, much less the rest of the region.

Egypt, the largest population in the area, is poor and has been supported by oil wealth. Without that, and with the recent political turbulence, things could get even worse. The Islamic State, driven by religious fervor rather than cash, is now significantly better positioned to continue to succeed and expand. Active rebellions in Yemen and elsewhere will be that much more difficult to suppress. Africa, particularly Nigeria, has the same problem.

The underpinnings of the state system in the Middle East have been economic, but that base is eroding even as spending needs increase—and the outcome could well resemble that of the Soviet Union, which faced the same problem.

How to understand the evolving situation?

One way is to think of the complex of states in the Middle East as companies. For example, Saudi Arabia might be a large multinational while ISIS is a start-up with a very different business model. In principle, there’s no reason that countries and states should be treated differently than companies; both are simply ways of organizing people through space and time.

This comparison opens up several paths of analysis, which can provide useful insight into what might happen and what it might mean to the U.S. Over the next couple of weeks, markets permitting, we’ll discuss different ways the current situation could play out.