Looking for the Next Crisis 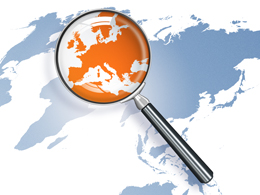 I am traveling today, speaking to investors, and during the discussion after my presentation, a question arose: where will the next financial/economic crisis be?

We’ve talked about many different risks but not about where the next systemic crisis might come from. It’s a question worth considering.

Many would say China, but I don’t think so. China has serious problems, to be sure. Yet it also has the resources (both economic and in terms of political will) to handle them—or, at a minimum, to prevent them from blowing up in a way that would rock the rest of the world. Over the next year or two, it seems unlikely to cause enough trouble to qualify as a crisis for the United States.

If not China, who?

There are two real candidates: Japan and Europe (again).

Of the two, Japan has the bigger problems, but it also has a much more cohesive political structure for dealing with them. In fact, Japan has been successfully handling these same issues for decades. Now might be the time it finally fails, but people have been betting on that for years, and it hasn’t happened yet.

No, for my money, Europe looks like the next crisis zone. Let’s think about why.

Political infighting continues. Last time it was about a potential Greek bailout. Now the issue is a bailout of the Italian banking system. The last crisis was eventually resolved by forcing Greece into submission. That won’t work with Italy, which is a much larger and more complex economy. The Italians are now engaged in the same kind of confrontational negotiations with Germany as we saw with Greece. It’s not a crisis yet, but you can see a clear path in that direction.

Greece hasn’t gone away. Meanwhile, in Greece, the bailout and austerity debate is getting worse as migrants and refugees require increased government spending and support. And as neighboring countries shut down the borders, there is a real chance that Greece will be left to deal with the problem by itself, further reducing its citizens’ willingness to keep making economic sacrifices. This could move Greece back to the center of the discussion.

Britain is voting on whether to leave the EU. One of the major risks of the Greek crisis was the potential for a first-ever exit from the EU, which would have set a dangerous precedent. That same risk is now in play with a much larger, more influential country, which could be even worse for the future of the EU.

Nationalist political parties are strengthening. In France, the National Front is getting more popular by the day. In Germany, European sentiment is eroding in the ruling coalition as Angela Merkel’s pro-refugee policies become less popular. The same is happening in other countries, but these two are the core of the EU. The willingness to sacrifice is diminishing even as the need for sacrifice grows.

Keep a close eye on Europe

Put all of these factors together, and you can see that, although both China and Europe have real problems, Europe has far less political ability to deal with its issues. Its track record hasn't been great over the past five years, and it doesn't seem likely to improve as the problems multiply.

In the end, the transition from problem to crisis often comes down to politics, and that is what makes Europe by far the riskiest bet. (This also raises concerns here in the U.S., of course, but that's a conversation for another day—and also not an immediate risk.)

For the moment, if you’re looking for the oncoming bus, watch out for Europe, not China.