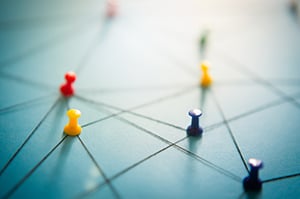 October showed a sharp rebound after a significant September drop. The S&P 500 gained 8.1 percent during the month, while the Nasdaq rose 3.94 percent. The Dow Jones Industrial Average (DJIA) experienced the best month of the three major indices, soaring 14.07 percent. Internationally, the news was mixed, with developed markets up 5.38 percent while emerging markets were down 3.09 percent. It was a surprisingly good result, especially after a terrible September.

Rate-driven rebound. October’s rebound came from lessening fears around interest rates, as job growth slowed, and the housing market continued to slide. While rates crept up, there was a growing sense that the Fed would likely pivot to a slower pace of increases with the economy starting to slow. Lower rates typically lead to higher valuations, which also increased during the month. Last month’s inflation data also showed continued acceleration. Finally, at the recent Fed meeting, Chair Powell emphasized that a pivot was not in the Fed’s plans anytime soon, which drove rates back up.

Positive earnings report. The better-than-expected earnings report helped support the markets in October. Despite the downward adjustments of analysts, the actual data continued to beat expectations. With more than half of all companies reporting, actual earnings growth remained positive against the initial negative expectations. With earnings higher and valuations adjusting upward, the market received two tailwinds during the month.

Midterm elections. The midterm elections will weigh on markets in November—and this will likely generate uncertainty and multiple headlines about the next inflation report and the war in Ukraine. But, once we move through the midterms, a major source of negative news will be put on hold.

A healthy outlook. Even if we don’t get another month as good as October, the prospects for the rest of the year look better than what we've seen so far. It’s likely that much of the damage to the economy and markets has already been done. For the economy, slower growth should help contain inflation. For the markets, midterm years have often been very volatile, but after the elections, markets have tended to rally.

Less uncertainty. Looking forward, the reduction in all forms of uncertainty—around inflation, the Fed, the economy, and politics—should help to support markets. With slower growth and inflation, we could see valuations stabilize and possibly improve further. We may even see appreciation, as fears about earnings growth begin to moderate.

Looking back at October, we saw the market rally in hopes of a Fed pivot. While that rally may have been premature, there are signs of progress on the inflation front. Economic and earnings growth may be slow right now, but we are still growing—and that will help both the market and earnings.

While risks remain, most of them are likely incorporated into markets, and the further effect should be limited. October was a great month for financial markets, and there’s a chance we may not see that again in November. But we are making real progress, and these improvements should continue this month.