Is the Labor Market Weakening? A Jobs Report Preview 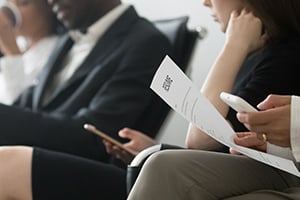 The latest jobs market headlines have been discouraging. One notable fact is that the number of jobs available declined by the largest amount on record, by almost 1 million, in one month. That generated a lot of hand-wringing. Another sign of potential weakness was the recent ADP employment report, which came in yesterday at 208,000, below the recent official number. So, is the job market really getting that weak?

We will find out the answer tomorrow, but I don’t think so. Most analysts are expecting job growth in the 250,000–300,000 range, which will indeed be a slowdown from recent months. That said, recent job growth has been extremely high. Going back down to 250,000–300,000 only takes us to levels we saw in 2018–2019, before the pandemic, which were healthy on a normalized basis. A return to normal is not the same thing, at all, as a big decline.

A Closer Look at the Data

When you look at the other data, that is confirmed. That million job drop-off, for example, still leaves more than 10 million jobs available. This is down from the 11 million peak, but it is well above the pre-pandemic peak of 7.6 million. We still have millions of jobs unfilled, and the labor market will have to weaken by quite a bit for that to get back to normal.

Further, the ADP report, which was weaker than the official number, is misleading. Yes, it is weaker—but it usually is. If you take the ADP number as reliable anyway, it is up on the previous month, not down (from 132,000 to 208,000). That is a significant increase. If the same relationship holds, we should see the official jobs number strengthen.

When you look outside the jobs data, you see the same thing. Consumer confidence has ticked up and is at the highest level since April. Business confidence remains expansionary. And the employment indices in those surveys have rebounded.

So, my expectations for the jobs report are fairly optimistic. Some slowdown is likely, but that represents normalization, rather than something worse—and normalization is inevitable. If we do see a slowdown, then something in the range of 200,000–300,000 would represent continued, but more normal, growth.

That result is down from the prior month, but still at a healthy level. In particular, it is high enough to keep absorbing new workers coming into the labor force. Those levels are in the 200,000–250,000 range. As long as job growth stays above that, the labor market remains tight.

Other data also suggests the labor market is still tight. The number of available but unfilled jobs remains very high, as we discussed above, and companies are still having problems hiring enough people. That is not an indicator of a much weaker labor market. The preliminary revisions to prior jobs reports are also looking to be considerably stronger than initially reported, suggesting more momentum. Across the board, while we may see slower growth, we should still see healthy growth.

What to Look For

So, look for between 200,000 and 300,000 new jobs in the report on Friday. This is a good number. It’s not super strong, as in previous months, but it is strong enough to keep the economy growing and to absorb the large number of vacant job openings. If the number is in that range, the economic growth light will remain green.