Is the July Jobs Report Really as Bad as It Looks? 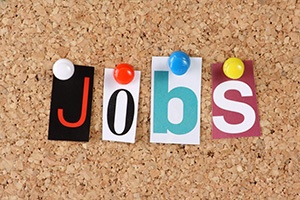 The employment report, probably the single most important economic report there is, came out this morning, and the headline number on job creation was not good at all. In June, the economy added 213,000 jobs, and the expectations for July included another 193,000. Instead, we got only 157,000. You might see a fair amount of angst in the coverage today.

What the headline figure doesn’t show

I think it is fair to be concerned—this is a big miss. But when you look at the details, we’re still in pretty good shape jobs-wise. To start, even though we came in 36,000 jobs short of expectations, the June jobs report was revised up by 35,000—from the initial figure of 213,000 to 248,000—a revision that offsets almost the entire shortfall for July. Earlier months were also revised up by an additional 24,000 jobs, so on a net basis, we are actually ahead of expectations.

The supporting data tells much the same story:

So, although the monthly add was disappointing, the labor market itself seems quite healthy.

That said, the fact that the labor market was running even hotter than we thought—enough to make up for this month’s shortfall—also means that the slowdown, if that is what it turns out to be, is even sharper. Could this be the start of a more extended drawdown? Reasons to believe it might be include the large contribution to job growth from manufacturing, which might be under threat from the tariff wars, as well as the growing shortage of workers.

Of course, it is far too early to say one way or the other. This kind of weak month is not out of the ordinary: We last saw one in March of this year. And in 2017, we had two months with job growth of just 14,000 and 73,000, only to see total job creation remain strong. One down month isn’t enough to signal a trend change, and the long-term job growth trend remains above where it was in 2017. More than that, after a strong run—and job growth this year has been very strong—a weak month or two is normal, even expected.

Another reason to think that worry is premature is the wage growth numbers, which pushed up from a downwardly revised 0.1 percent last month to 0.3 percent this month. Last month’s numbers were pulled down by the hiring surge, but the July figure rebounded in the face of slower hiring. On an annual basis, wage growth, at 2.7 percent, remains close to the highest level since the crisis, which would be unlikely if the labor market were weakening substantially.

Is the headline number disappointing? Yes. And it certainly raises the stakes for the next couple of reports. Nevertheless, the overall trend and underlying data are significantly more positive, and conditions remain healthy overall.