Is Social Security Running Out of Money? 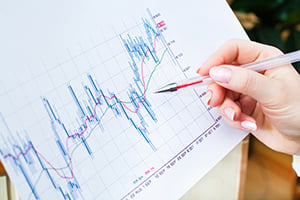 Brad here. One of the key pieces of news to hit my desk this week was that the social security trust fund was projected to run out of money a year earlier than expected. Not only will this affect everyone who is retired now, but it will also affect those who plan to retire around the time that money runs out (like me). So, it’s personal. That said, I went to our Advanced Planning group for guidance. David Haughton, advanced planning consultant, prepared a summary on what is happening—and what isn’t. Thanks, David. While I am still not happy about the news, I appreciate the clarity and context he provides around the facts of the situation.

Recently, the trustees of the social security and Medicare trust funds released their annual report. In it, they project the social security trust fund will be fully depleted by 2034; thereafter, continuing taxable income would fund up to 76 percent of benefits. The major news surrounding this report is not that benefits from the trust fund could run dry in the future—we already knew that. Rather, it is that the projection moved the anticipated depletion of the fund to one year earlier than was projected last year.

Of course, the headline “Social Security to Be Bankrupt by 2034” may seem scary and prompt some retirees to collect benefits earlier than may be prudent for fear they will run out. But understanding the nuances of the social security system and how it is funded could help alleviate many of those concerns.

How Is Social Security Funded?

Historically, tax revenue has typically exceeded the cost of benefits currently paid, thereby representing an annual net gain to the system. But as an increasing population of retiring baby boomers inundates the system, this surplus is becoming a deficit year by year. Some long-term factors affecting the current projection are improvements in life expectancy, a reduction in birth rates (which means fewer people are starting to pay into the system, while the same number of people are collecting benefits), and slowing wage growth. The pandemic likely represented an additional major source of depletion due to sudden widespread unemployment and early retirement, resulting in less tax revenue to fund the social security system.

The creeping proximity of the depletion of the social security trust fund is certainly a concerning trend. But individuals should pause before letting it affect their social security claiming decisions.

Those who are close to retirement will likely not see their benefits affected. That problem is more logically reserved for the following generations of retirees. Additionally, this grim outlook on social security is based on current circumstances and tax laws.

Planning for the Future

As the insolvency of social security draws closer and the priorities and makeup of Congress change, it is possible we will see adjustments in funding measures of the social security system that will shore up its future health and provide more confidence that the funds will be available to future generations of retirees. For now, planning for upcoming retirees can likely still be focused on strategies involving maximizing lifetime benefits for themselves and their families based on factors such as income needs and longevity, rather than whether the government will run out of money to fund benefits.