Is Runaway Inflation an Inevitability? 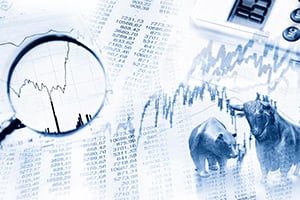 With the Fed’s regular meeting concluding today, expectations are that the central bank will continue to provide whatever stimulus is necessary to keep the economy afloat. In conjunction with the federal government’s unprecedented multi-trillion dollar stimulus program, fears are rising that inflation is coming both fast and hard—and that we, as investors, need to plan now for this inevitability. I don’t believe it.

What drives inflation is an excess of financial demand compared with the supply of goods. If the supply remains relatively constant (e.g., houses) and the financial demand goes up (e.g., more buyers or the same number of buyers who can pay more due to lower mortgage rates), then we see prices go up and call this inflation.

A drop in demand

With the coronavirus economic shutdown, we see fewer buyers for almost everything—less demand. We also see less financial ability to buy, as many workers have seen their incomes slashed. There has been a massive drop in demand due to the shutdown. Left to itself, this situation would lead to deflation—not inflation. In fact, deflation is exactly what the Fed and federal government are trying to avoid.

The lower rates and trillions of dollars of stimulus are not coming in on top of the regular level of demand. With job income and consumer spending vanishing, the stimulus is designed to replace that demand, not supplement it. Even if everything went perfectly—and we know everything is not going perfectly—the total stimulus would leave aggregate demand more or less level. We will see demand drop significantly. In fact, the economic growth report for the first quarter of 2020 showed the economy down by 4.8 percent at an annual rate. It will get significantly worse next quarter. With less demand and the same number of things available, there is no upward pressure on prices. This scenario is why I am not worried about inflation right now.

But what about the future?

Going back to what inflation really is, we could get inflation from one of two things. First, demand could recover significantly. Second, supply could go down by even more than demand. Either path could create higher inflation.

Demand recovery. Many of the fears around inflation center on a fast recovery in demand. The stock market, in particular, is betting that the coronavirus will be old news by the end of this year and that demand will recover quickly. If that plays out, then consumer demand will recover. And if the stimulus programs continue, then we will indeed have the kind of excess demand that would fuel inflation. Note the two assumptions, though. While demand might recover that quickly, it is not assured by any means. Second, if demand does recover that quickly, I suspect that the stimulus programs will be dialed back in proportion. To get significant inflation, we need both a rapid recovery and a continuation of the stimulus programs. If we get the first, I suspect we will not get the second.

Supply constraints. The second potential cause of higher inflation, supply constraints, is a more realistic threat. We have already seen, for example, parts of the supply chain for the meat industry start to seize up. Even here, while individual sectors of the economy might be affected, we don’t see a systemic problem with supply chains yet. Even if such problems do start to develop, the supply would have to decrease by more than the drop in demand to generate inflation. It could happen but is more likely a development over the next couple of quarters at the soonest. We would have time to see it coming.

Watch for the warning signs

And this is the final point: if conditions do line up to generate meaningful inflation (which is possible but not, at this point, likely), this alignment will become apparent well ahead of when it starts to affect portfolios. As investors, we always want to keep an eye on the future, and inflation is certainly one of the risks to watch for. Right now, though, the conditions simply are not in place. We will have plenty of warning before they are, and we will be able to address the problem when it shows up.