Is It the End of the Road for Social Security? 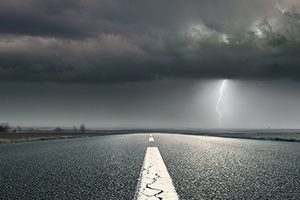 The headlines today are about the impending demise of social security, at least that seems to be the spin that many commentators are putting on it. The real story is that the social security system will start paying out more than it takes in sooner than expected—next year. As of 2020, the social security income statement will switch from a surplus to a deficit. One more thing to worry about and a sign of doom on the horizon, right? Not so fast.

First of all, this transition is both long expected and necessary. Think about it: social security has been running a surplus for decades to build up a pool of capital that could be drawn down. The key here is the boomers, who were paying in and are now taking out. Just as with your own retirement account, you save for decades and then start drawing it down. This shift is normal and nothing to worry about.

What is worth worrying about is the pace of the drawdown—and here lies the real issue. Based on current projections, the deficit will be large enough to draw down that surplus by the mid- to late 2030s and then be insufficient to meet benefit promises. Note that this is when I will be retiring (hopefully), so I get your worry—and I take it personally.

By putting it this way, however, we have defined the problem. Per our usual procedure, we can now start to worry about it intelligently. The problem is not the deficit, nor is it that benefits may be cut in 30 years. The problem is that the revenue raised for the social security program is, as of now, insufficient to allow that balance to be kept.

So, what we should be worrying about—intelligently—is whether and how that social security revenue stream can be raised to a level that allows the system to operate in a long-term balance. Running down the boomers' excess social security balance is fine to pay for their retirements. But we also need to keep paying enough to support Gen X (which is to say, my generation) and everyone who comes after us.

So, can we raise social security revenue enough to do that? In fact, economically, it would be quite simple. Right now, social security contributions are limited to the first $132,900 of income; if you make more than that, you don’t pay on the excess. The rationale for this is that benefits are limited as well, so limiting the amount taxed to pay for those limited benefits is equitable. There is, however, nothing that says the current balance between the contribution limit and benefits is set in stone. As such, it could be adjusted.

It’s hard to say for certain, but the most popular proposed fix, per the polls, is to eliminate the earnings limitation. If workers paid the social security tax on all their earnings, this would at least postpone systemic problems for decades and likely eliminate them altogether. Simple, right?

In that sense, yes, but it would also create problems—not all of which are political. If we are extending the tax to all earned income, shouldn’t we also extend it to things like rental income, dividends, and so forth? If we raise the tax level, shouldn’t we raise the benefit payments? If we don’t do that, then won’t the higher earners be subsidizing those who make less? And doesn’t that make social security into something like a welfare program? Do we want that?

You can see the issues. Social security is the way it is for good reasons, and any changes will be like pulling on a thread and unraveling the sweater. The solution won’t be easy or simple.

The real takeaway, though, is that a solution is possible and that, ultimately, we will come to an agreement on one. Once again, the headlines have identified a real issue. But this is a solvable problem—and one that we have decades to solve.