Inflation: It’s Not an Isolated Problem 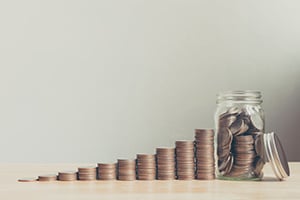 I am working on my presentation for Commonwealth’s National conference in a couple of weeks (yes, I am late), but I have to admit I am having some trouble telling the story. Over the past several years, I have taken whatever the hot topic of the day was—whether it was globalization, low interest rates, or the pandemic—and tried to put it in a larger context. In other words, to take something fairly isolated as a problem and tie it to everything else as a means of understanding what was likely to happen over the next five years or so. Looking back, I did a pretty good job.

While identifying today’s problem is easy (inflation, anyone?), the difficulty I face is that it is not an isolated problem. Rather, it is directly connected to everything going on right now and everything I’ve discussed in previous years. I have the opposite challenge this year, not of connecting a problem to the rest of the world but of taking a problem that is already connected and identifying the critical elements—and removing those that are not critical.

Back to the Basics

I am getting there. We could talk about the pandemic, or the Ukraine war, or Chinese deglobalization. All of those matter. But for a longer-term perspective, I have realized we need to go down a level, away from the news and to the basics. Land, labor, capital, and coordination are what make an economy. The best way to think about what is going on is not to look at the headlines but, instead, at what those headlines mean for those four elements.

Land. I am still working this out and will be doing a much more thorough series of posts after the conference on this, but let’s start with land. In classical economics, based largely around agriculture, land was exactly the productive factor. In a modern economy, it is the land and everything that comes from it: food, energy, minerals, and so forth. When we consider this factor, we have to look at the availability and cost of all of those items, which ties it directly into the inflation discussion.

Labor. Similarly, when we look at labor, we have to consider the labor shortage here in the U.S., as well as the looming declines in available labor around the world (especially in China) for both demographic and political reasons. The low unemployment rates are not going away, and wage growth should stay strong for the indefinite future. Once again, here we are back at inflation.

All of the pieces add up to higher inflation, not just in the short term but indefinitely. When you look at the disruption of the basic factors of production, we can see where the inflation is really coming from and where it is going.

How Bad Will It Be?

So, that is the basic story. But what investors want to know is, how bad will it be? That is what I am working on right now. While we can’t get a detailed answer, we can get some useful indications. The big question is whether we are on a trip back to the 1950s or the 1970s. Most people are now betting on the 1970s, but I think a reasonable case can be made for the 1950s. If so, that would be really good news.

At least I think that so far. I may change my mind as I do more work, but at least I know where the analysis is headed. Back to work.