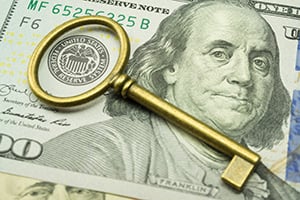 Yesterday’s CPI report came in hotter than expected. There had been a general sense that inflation was peaking and that, while it remained high, we were starting to see signs of a sustained downtrend. But the latest report showed that the end of the tunnel is still too far away to see any real light.

Not the Usual Suspects

This time, the problem is not the usual suspects. Goods inflation stayed steady or even edged down a bit. Food inflation was the same story, not much better but not much worse either. Energy inflation pulled back a bit. For all of these components, the expectations generally held. The problem was services inflation, which not only continued to rise (which has been happening since the middle of last year) but even accelerated.

What this means is that the elements of inflation that the Fed considered transitory are, eventually, proving to be just that. The Fed was right—late, but right. But what the Fed missed at the time was that inflation would keep showing up in other areas, driven by the existing labor shortage and wage growth. Even as the rest of the inflation problems (i.e., the stimulus funds, supply chain problems, energy, and food supplies) are normalizing, the strength of the labor market is keeping demand high and inflation hot.

Can the Fed Stay the Course?

The Fed gets this, of course. Its own commentary, and that of Chair Powell, is explicit that the labor market has to weaken, and that is one of its policy aims. The fact that this is against one of the Fed’s statutory mandates no longer matters, as inflation is by far the bigger problem. And that explains much of the market reaction yesterday. The initial plunge was based on fear—that with inflation hot, the Fed would raise rates even faster and keep them high for longer.

The question the Fed faces, however, is that in a world of labor shortages, can the Fed politically slow the economy enough to really affect inflation? How many voters are willing to lose their jobs in the name of stable prices? Surely, if things get bad enough, the Fed will be forced to cut rates, right? The subsequent bounce was based on the expectation that, with faster and larger rate increases, a recession would hit quickly, forcing the Fed to cut rates. And that prospect, of cuts, gave both the stock and bond markets a big bounce yesterday after the initial drop.

This brings us to today, with another slump. Maybe the Fed will be hiking rates quickly, but today we have less confidence that a recession will make it cut again. Maybe we will simply be living with higher rates until inflation comes down, even if we do get a recession. This is, in fact, exactly what the Fed has been saying, but what the market has been steadfastly ignoring. Maybe the Fed really can stay the course.

Not a Straightforward Narrative

But that is, in fact, a good thing. Looking forward, if the market is starting to believe the Fed is serious, despite the current damage, that could be good in the medium to long term. The more the economy and the market expect higher rates, the quicker and more severe the slowdown will be—and the closer we will be to real rate cuts. Counterintuitively, the more scared the market gets, the less scared it has to be. Which certainly isn’t any kind of straightforward narrative.

And that is the problem we all have. Yesterday’s data ruled out one set of outcomes—early rate cuts—but left everything else in play. But the consequent pessimism makes those rate cuts somewhat more likely. That is a good thing.

What Does It Mean for Investors?

This doesn’t mean much for investors. We will likely see continued uncertainty in the short run and, therefore, continued volatility, also in the short run. But if we have long-term goals, short-run volatility doesn’t really affect us, as we have seen many times before. In the long run, we will be fine. But in the short run? Stay buckled up.

Or, one more time, keep calm and carry on.