Inflation and Everything Else 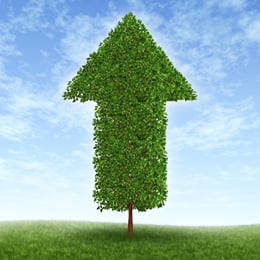 It’s been a while since I wrote about inflation, the general increase in prices that makes everything cost more. Inflation has been so low recently that it hasn’t really been a priority. Indeed, there’s been more concern about inflation running too low than too high.

That hasn’t changed yet, but it is probably time to start thinking about what might make inflation move higher.

First, some context. A little inflation is widely considered to be good. The Federal Reserve, which is in charge of such things, has an inflation target of around 2 percent per year—enough to provide economic flexibility without unduly harming savers and investors. Whether inflation is a concern depends on where it is with respect to that 2 percent. It’s not that simple, of course, but that is the basis on which the Fed makes its decisions.

The first complication involves what is included in the inflation measurement.

The two measurements provide different results. According to the headline number, inflation is running at 1.5 percent over the past year, below the Fed’s target. It’s still being affected by the decline in oil prices, though, and the core CPI is higher, at 2.2 percent. On balance, inflation is probably pretty close to the Fed’s target, so we can expect to see it recede as a topic of discussion over the next couple of months.

That doesn’t mean we are out of the woods. Looking at the underlying data, the headline inflation index increased to 1.5 percent in September from 1.1 percent in August on a substantial rise in gas prices. In other words, actual headline inflation, except for gasoline, is still pretty low.

For the core data, the monthly increase dropped from 0.2 percent to 0.1 percent. Even that small increase consisted primarily of rising housing costs. If those were removed, the core CPI would actually have decreased. On an annual basis, excluding food, energy, and housing, the annual increase was 1.3 percent, the lowest level of 2016.

Looking forward, with oil prices hitting their highest level of the year, we can reasonably expect the headline inflation rate to continue to increase, even as the underlying components largely continue to decline. Although the media mostly ignores the underlying data, the Fed does not. This trend is, in large part, why its projections for rate increases have continued to decline over time. We simply aren’t seeing the kind of price inflation that would require them.

Inflation will remain an issue on the economic front, if not on the media front. When you look at the Fed’s decisions, keep that in mind. Employment has largely gone away as one of the Fed’s major concerns. Inflation, even though the numbers look better, has not.