In Honor of Labor Day, Some Thoughts on the Labor Market 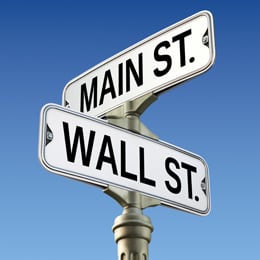 Like anyone who works with investments and Wall Street, I definitely have something of a pro-business perspective. One of the great things about Commonwealth, though, is that while we deal with Wall Street, we’re not a Wall Street firm. We’re a Main Street firm, working with independent advisors who have ordinary people as clients.

This gives me a slightly different perspective on the world than many of my colleagues at other firms. I speak with our advisors almost every day, and directly to and with their clients on a regular basis. While Wall Street can be disconnected from reality, here at Commonwealth, we do our best to avoid that.

Labor and wages in the spotlight

As we try to figure out where the economy is going, it’s not business but labor—the workers themselves—that’s becoming the key issue.

The Federal Reserve’s future plans, for example, depend on whether the job market continues to improve—specifically, whether wages start to grow faster. Similarly, the economy itself is vulnerable as consumer spending growth slows and even declines, as it did this month. No one knows why, but suspicions are on wage growth.

The real problem here is that the average worker simply can’t keep pace with the general cost of living. This is partially a wage growth problem, partially a price inflation problem, and partially a tax policy problem. None of these are short-term issues; wage growth has been depressed for decades.

In the early 2000s, these trends were masked by growth in debt as people borrowed to finance consumption they really couldn’t afford. We no longer have that problem, although there are signs it is returning. Instead, we’ve seen higher savings rates, even as wage growth has slowly ticked back up.

A move toward a pro-worker environment

I expect to see that trend continue, as the decline in the unemployment rate forces businesses to pay higher wages, and governments increasingly move away from a pro-business perspective to implement policies like a higher minimum wage. We had 30 years of a pro-business, deregulatory environment starting with President Reagan and ending with President Bush the younger. Now we’re starting what will probably be a multi-decade journey in the other direction.

We have certainly benefited enormously from the Wall Street focus of the past couple of decades, but the costs—including the financial crisis and multiple ongoing banking scandals—have also been high.

The shift will mean higher labor costs over time and corporate profit margins below current record levels, as well as higher taxes. But these negative effects will be offset by higher consumer spending.

Remember, minimum-wage workers will spend pretty much every extra dollar they earn immediately, making a wage increase immediately additive to the economy as a whole. Henry Ford, that arch-capitalist, made a point of paying his workers enough that they could afford his products, a perspective we’ve seen much less of in the past 30 years.

Ideally, we will move back to the 1950s—or, less ideally, the 1970s. In any event, we’re not just in for a Labor Day but, very probably, a couple of labor decades. Unfortunately, we won’t be able to spend them at the beach.