How Close Is the Next Recession? 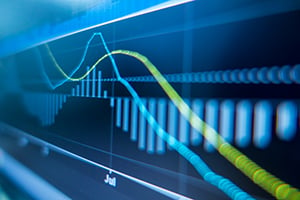 Yesterday, I discussed how the recent un-inversion of the yield curve suggests a recession is likely in the next year. So, I thought I would extend the same analysis to the other three indicators we follow here on the blog. Looking at one indicator is valuable, but we really need to evaluate all four to see if they align with one another—or not.

Let’s start by looking at job growth, one of the core indicators. Note that job growth can and usually does remain positive in a recession. But it is the slowdown that takes overall growth down to recessionary levels. Is this slowing trend a concern? In a word, yes.

The second indicator is consumer confidence. Here, let’s do the same analysis. The year-on-year change in consumer confidence has dropped from 28.8 in March 2017 to –12 in October 2019. If we extend that trend, we get to the trouble zone (i.e., down 20) in about eight months, or next summer. That time line is pretty close to what we see from the trended job growth figures. That’s two.

The third indicator is business confidence. Again, we see a recent negative trend. In this case, the ISM composite index of business confidence peaked at 60.8 in September 2018 and dropped to 54 after a rebound from 52.1 in October. If we extend that trend, this indicator would get to the recession level (of 50) in about eight months, or June of next year. Once again, this indicator is consistent with both of the consumer indicators. That’s three.

The fourth, of course, is the yield curve indicator that we discussed yesterday. In that post, I said we would reach the recession level next year. But if you simply take the average of the time from the un-inversion to the start of the recession for the past three occurrences, the lag is about six months—which would take us to the second quarter of next year. That’s four.

In other words, all four of the indicators we follow show that—if current trends continue—we are headed for recessionary conditions sometime toward the middle of next year. This observation, of course, violates one of the key tenets of the economists’ code of practice, which is to give a number or a date, but never both.

So, here I must hedge a bit and point out some things that suggest current trends will not continue. Job growth, for example, seems to be picking up again, which would certainly extend that signal and might eliminate it entirely. Similarly, while the year-on-year consumer confidence number is deteriorating, confidence is actually up from the start of 2019 to the most recent figures, which suggests the year-on-year figures could well improve over the next couple of quarters. For business confidence, we saw a significant rebound last month, suggesting that might have bottomed and be coming back as well. As for the yield curve, there are good reasons to believe it is a less reliable signal than it has been in the past. All of these signals have good reasons why they might be wrong, and we need to keep that in mind.

Still, four out of four danger signals is a pretty worrying sign, despite the caveats above. We need to see if these trends do indeed continue—that is what I will be watching.