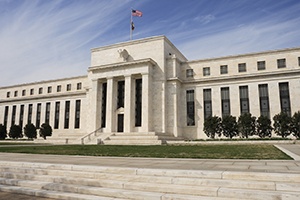 Of course, here I am riffing on the famous headline published after President Ford refused to bail out New York City (see below). Yesterday, there is no doubt that markets were expecting a bailout from the Fed—and threw a tantrum when they didn’t get it.

Instead? Powell and the board came right out and said that, yes, expectations have weakened a bit. They also indicated that they will probably hike rates only twice next year—but will keep raising rates. By pretty much ignoring the recent financial market turmoil and focusing on continued economic strength, Powell put the markets on notice that the Fed will be much less willing to shape monetary policy in order to support asset prices. With the Fed stepping back, markets will be on their own in a way they have not been for decades.

The Fed’s actual mandate, by law, is to support price stability and maximum employment. It also, by default, has assumed responsibility for financial stability. All of these obligations are consistent with what a central bank should and has to do. In recent decades, however, starting with Chair Greenspan, the Fed was also widely perceived to offer a safety net for financial markets. The “Greenspan put,” as it was called, meant that the Fed would step in and ease monetary policy by lowering rates whenever the stock market took too big a dive.

While this was never official policy, this is exactly what Greenspan (and then Bernanke and then Yellen) were seen to do. Markets naturally began to expect and even depend on the Fed to step in when markets tanked, and that is just what they anticipated yesterday. If Powell had announced the Fed was pausing the rate increases until markets stabilized, that would have been very positive. Indeed, that’s what markets wanted and more than half expected.

No Powell put, no surprise

He didn’t do that, though. In this decision, he was supported by the board as a whole. Instead, he ignored the recent turbulence and focused on what the Fed, by law, is supposed to do. By doing so, he very publicly demonstrated that there won’t be a Powell put any time soon.

Powell is on record as advocating just this approach, and this has been well known. Moreover, economists have been calling on the Fed to step away from the Fed put for years. Given that, and the need to keep raising rates to prepare for the next recession, the actual result should not have been a surprise. It clearly was, however, and I think we can expect more turbulence as markets adjust to the idea that the Fed safety net, if it still exists at all, is considerably more threadbare than what they have been used to.

Ultimately, this shift will be a good thing, as it will make investors more cautious, the system safer, and the capital allocation process—which is what markets are ultimately for—more rational and thus better for the economy. Arguably, the asset price bubbles that have driven the crises of the past couple of decades have been enabled by the Fed put. A more rational system, with asset prices left to markets, should be less prone to bubbles. The road from here to there is likely to be rocky, however.

At this point, only one thing is really clear. There’s a new sheriff in town. 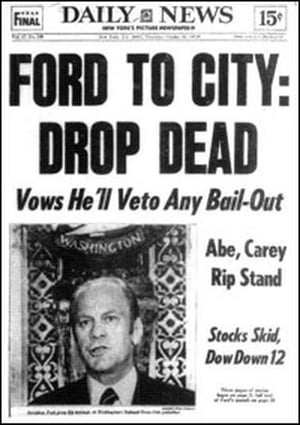