Fed Minutes Indicate “Solid” Economy, but What Does That Mean? 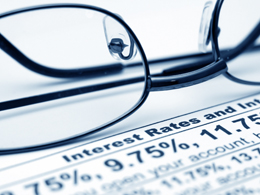 The big economic news yesterday was the release of the October minutes of the Federal Open Market Committee of the Federal Reserve, better known as the Fed. For the past several years, these meeting minutes have been largely devoid of drama, as interest rates have been widely expected to remain low. But speculation over whether Janet Yellen will or won’t raise interest rates has gotten pretty intense over the past several months.

Rates at the center of a tug-of-war

The battle between a strengthening labor market and weakness elsewhere in both the U.S. and global economies has contributed to the drama. September’s meeting looked like a victory for the lower-for-longer camp, but the higher-rates camp bounced back strongly in October. These minutes give a bit more context to that rebound.

The one thing that truly struck me as I read through the minutes was the word “solid.”

I counted about eight more uses of this word scattered through the text.

There is, of course, worry that the economy might continue to slow, given weak data—particularly signs (at the time) that employment growth might be tailing off—but there is also a clear sense in the text that the economy is in a sustainable uptrend. This carries through to the discussion of whether to raise rates.

Indeed, for the first time, the discussion seems to have shifted from the risks of raising rates to the risks of not doing so. One sentence, in particular, highlighted the market’s reaction to the September decision not raise rates: “It was also noted that a decision to defer policy firming could be interpreted as signaling lack of confidence in the U.S. economy.”

To be sure, risks and caveats are all over the place in the minutes. In addition to employment, inflation is also called out as a risk area, and some participants are noted as wanting evidence that these weak areas are not, in fact, getting worse before raising rates.

The thing to remember, though, is that the Fed meeting was held before the most recent extremely strong jobs and moderately encouraging inflation reports. Many of the concerns raised in the minutes have since been largely resolved by the data. Employment is not in a continued slump—jobs creation bounced back strongly in October, with wage growth moving to a multiyear high. Inflation continues to increase to more comfortable levels. The trends remain favorable.

At this point, I think the bar has been raised higher for not acting than for acting. Unless we see a very weak jobs report early next month, I think the Fed has ample justification for the initial rate increase. Not only that, but it has prepared the markets with these minutes. Fed governors on the speaking circuit have also weighed in, further priming the markets. A rate increase would certainly not be a surprise.

Nor, the data suggests, would it be a problem. Markets have typically risen in the early stages of an interest-rate-tightening cycle, as the positive effects of a faster-growing economy override the negative effects of higher rates. Certainly, the market reacted positively to yesterday’s release of the minutes.

To take the Fed’s go-to word, this is the kind of solid economic foundation we need to start normalizing interest rate policy, and it seems the Fed agrees and is prepared to do something about it.