This week, I gave a talk at the Commonwealth Leaders Conference where I laid out what I thought was a pretty compelling argument for a continued and strengthening recovery. The problem with arguments like this, especially if you’re taking a position, is that the facts can blow up in your face.

We have had some signs of economic weakness recently, largely centered (in my opinion) around weakness elsewhere in the world and winter weather here. And we will probably see more. There has been considerable uncertainty about whether we were going into another “snow-down” slowdown like last year. This made last Friday’s jobs report an important indicator of where we stand. 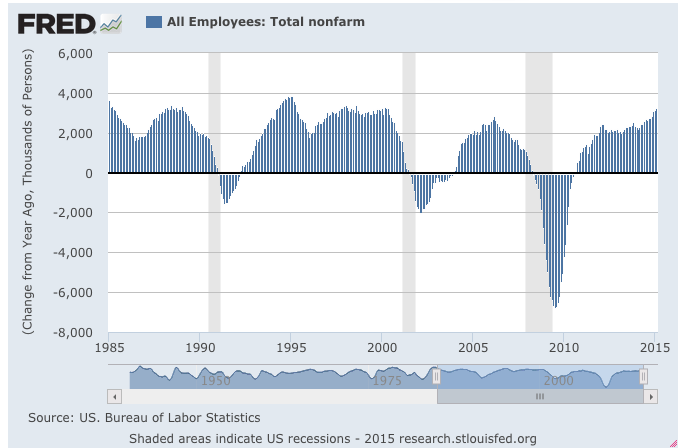 The problem with wages

Wages, however, have still not started to accelerate. Average hourly earnings were up only 0.1 percent for the month and 2.0 percent for the year, both down from the prior month. In the chart below, you can see that wage growth, after a substantial recovery, has actually declined over the past several months. 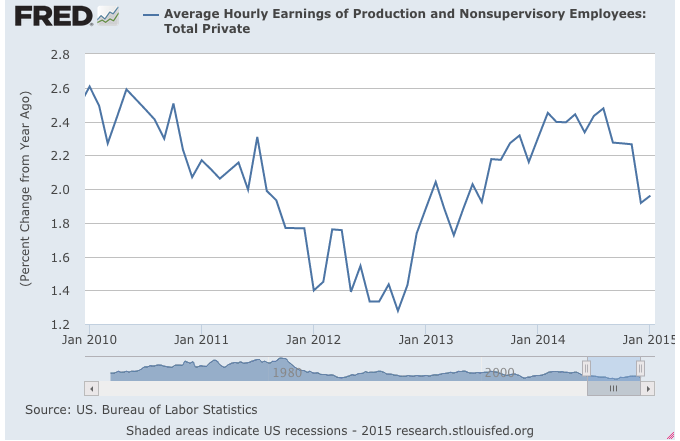 This is a problem. There are several possible reasons for it, none of which is particularly good:

Whatever the reason, wage growth remains the real puzzle in the data, and one that gets worse every month. Either of the second two reasons should be corrected as job growth continues. We still have another six months or so before the gap really starts to get worrisome, but it’s something to keep an eye on. For the moment, I am simply happy that job growth continues at a strong level.