Election Countdown: One Week to Go 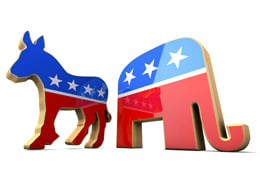 A few weeks ago, I wrote a piece on what the election means for investors’ portfolios. Longer term, the answer was not much. Shorter term, there’s potential for market volatility, but the fundamental fact is that the U.S. economy should continue to grow, and financial markets—and investors—should continue to benefit from that growth.

Since then, the election has gotten even stranger. There’s been the usual back and forth of the horserace-style coverage, but the dispute between the candidates has become increasingly bitter and personal, and the rhetoric has ramped up beyond all expectations. Yet, none of this changes the fact that next January a new president and Congress will be seated. At that time, we’ll be in the same place we are every four years, with the newly elected government trying to make the country work as best it can.

Beyond the election, economy primed to grow

By focusing on what happens after the election, we can get a much better sense of the potential effects on the country and our portfolios. Presidents and Congresses come and go, but your retirement is coming regardless of who is elected. The key is to ignore the short-term noise, which happens every election, and stay focused on what’s important—the fundamentals. The real question to ask about the election is whether it will allow the economy to continue to grow and prosper.

The answer right now seems to be yes. The economic fundamentals continue to be favorable. Job growth continues to be very strong, and discouraged workers are moving back into the labor force, something we last saw in the late 1990s. Economic growth, though slower than we would like to see, continues despite numerous headwinds and may very well accelerate. Companies are feeling more confident and will likely feel better still when the election is over and the uncertainty around the next government is resolved.

The real worry in this election is whether either candidate could execute policies that would disrupt the economy. Here, again, the news is generally good. Although both candidates have discussed potential policies that could be damaging to the economy, what actually happens after the election is usually different than what is promised before.

The president’s ability to enact policies is significantly constrained by Congress. At this point, we know that Democratic control of the Senate is likely and Republican control of the House is very likely. With divided government likely to continue, there will be less opportunity to push through partisan agendas, which has historically been good for the economy. At a minimum, it should help keep damaging partisan legislation at bay. This is something to keep in mind as we worry about the election results.

Economy could get a post-election boost

Despite the very real short-term risk of volatility and the potential policy uncertainties, the likely outcome of the election is continued economic growth and consequent market gains. It is normal and reasonable to react to short-term worries, but any long-term damage from the election is likely to be very limited. In fact, in many respects, politics is now acting as a headwind for the economy, and we can reasonably expect a bounce after the election.

As is so often the case, the current tumult should have little bearing on longer-term results. Remember, the most damaging thing you can do to your portfolio is overreact.