It’s time for our monthly update on risk factors that have proven to be reliable indicators of economic trouble ahead. As expected, the data hasn’t changed that much from last month—it remains encouraging in almost all areas, and has continued to improve in many cases—but it’s still important to keep an eye on things.

As we enter the month of October, though, the economic forecast remains good. 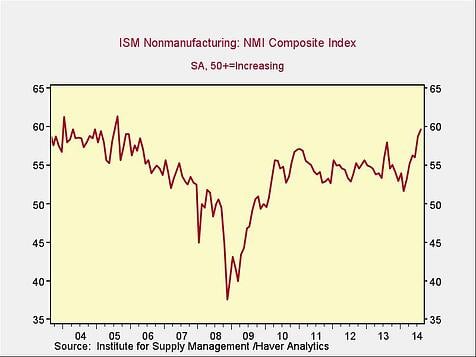 This data point moved even higher after last month’s pop, remaining at an eight-year high (and its highest level since the financial crisis). Continued strength is consistent with business confidence, and, as a representative sample of the largest sector of business, this is an important leading indicator. 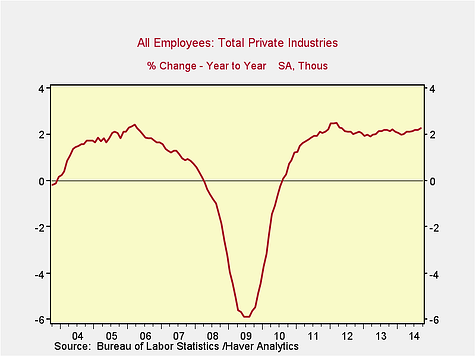 Private employment year-on-year continues to increase, reaching its highest levels since 2012. With the annual figure, these changes are slower and smaller than we see in more frequently reported data, but the trend continues to be in the right direction. 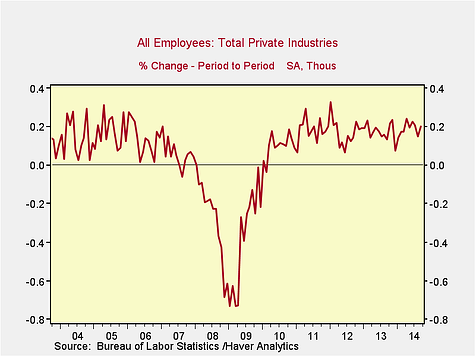 These are the same numbers as in the previous chart, but on a month-to-month basis, which can provide a better short-term signal. This metric ticked back up after last month’s small move down, and it remains in a healthy zone. While last month’s jobs report broke the string of 200,000-plus months, the upward revision and the latest strong jobs figure extended the series on an average basis. 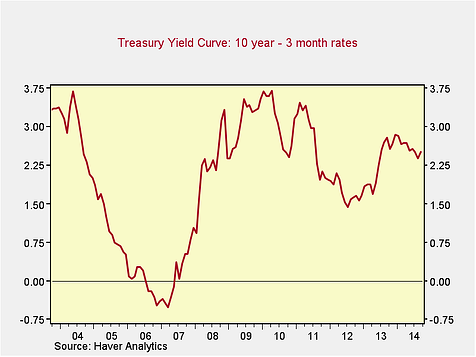 Rates ticked up over the past month before declining for only a small gain, but the spread remains at healthy levels. This metric may well change with the end of the Federal Reserve’s bond-buying program. Right now, however, the markets don’t seem concerned. 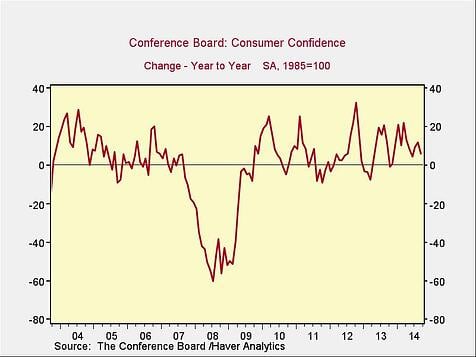 Signal: Green light (but worth watching)

Consumer confidence declined slightly this month, bringing the spread down somewhat, but not enough to warrant concern. While the annual change has declined, the absolute level of confidence remains healthy. Note, though, that we didn’t fully recover the higher levels of earlier this year.

All of the major signs remain positive, although consumer confidence shows a tinge of yellow for the second time in three months, which is a bit concerning. Nonetheless, economic growth continues to be well supported across the board.