As we move into the year, though, the economic forecast remains bright. 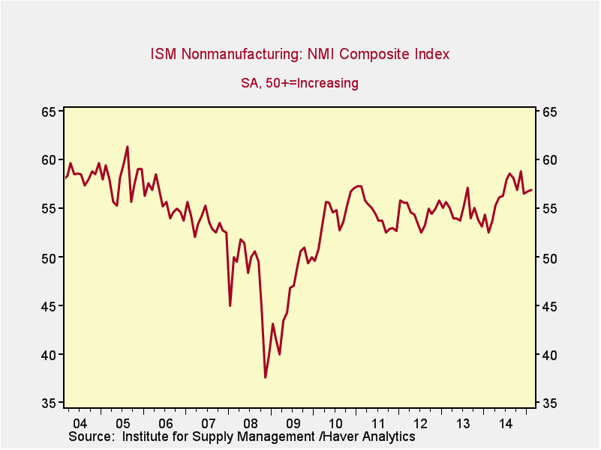 This indicator ticked back up after a one-month drop and remains close to its highest level since before the financial crisis. Continued strength in the service sector is consistent with business confidence; as a representative sample of the largest sector of business, this is an important leading indicator. 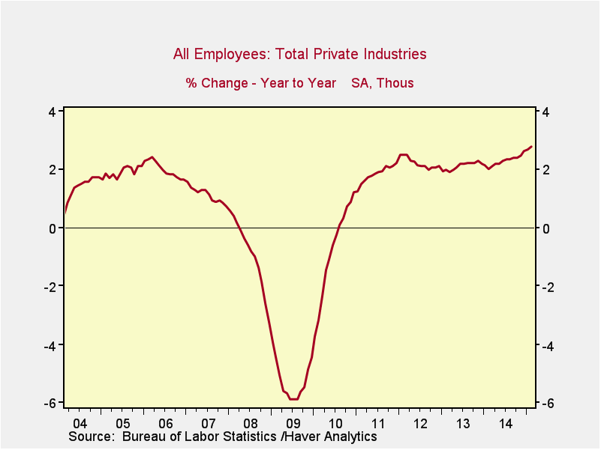 Private employment growth year-on-year continued to increase and is now at the highest point since 1998. Because this is an annual figure, the changes are slower and smaller than those we see in more frequently reported data, but the trend continues to be in the right direction. 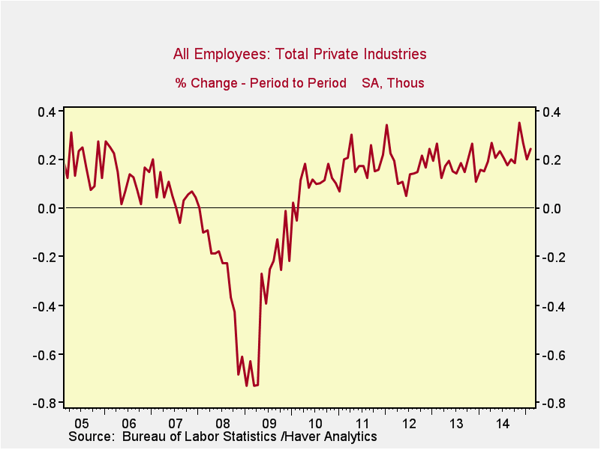 These are the same numbers as in the previous chart, but on a month-to-month basis, which can provide a better short-term signal. Despite considerable variability, employment growth on a monthly basis remains at a growth level consistent with the mid-2000s. Total employment growth continues to be healthy. 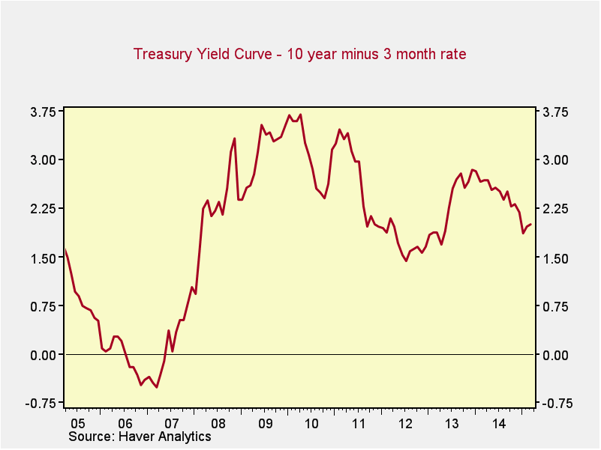 Rates for the 10-year Treasury ticked up slightly over the past month, while 3-month rates stayed relatively stable, widening the spread. Nonetheless, the spread between long-term and short-term rates remains at healthy levels. This metric has not changed despite speculation over pending rate increases by the Federal Reserve, which seems to be due, at least in part, to demand from international buyers. 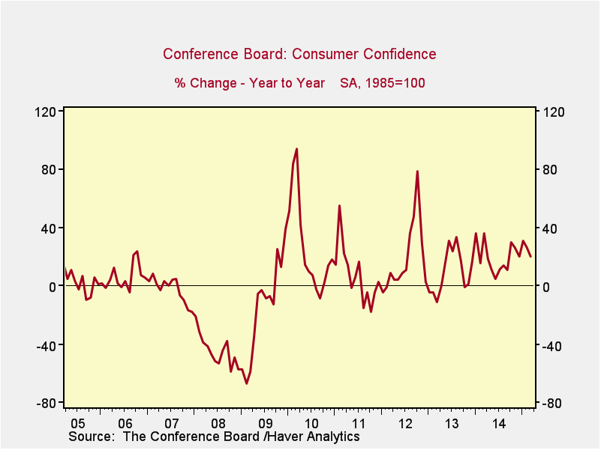 Consumer confidence increased slightly this month, after a decline in the previous month, but remains at one of the highest points since the financial crisis—and well above levels of a year ago. Although year-on-year growth has declined, the positive trend remains solid.

All of the major signs continue to be positive, with employment growth a particular bright spot. The stability in interest rate spreads appears to be due largely to international demand; whatever the reason, however, it has contributed to U.S. economic growth. Lower oil prices also continue to bolster both consumer confidence and the economy as a whole.