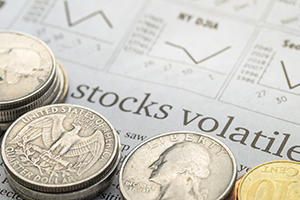 We have had some turbulence in the market over the past couple of days. The bond market briefly seized up, with interest rates up by surprising amounts. This, in turn, shook the stock market, taking it down from the highs by about 4 percent for the S&P 500 and almost 8 percent for the Nasdaq. On top of all that, we have had events such as the ongoing GameStop show and the explosion of SPAC offerings. With everything that is going on, the recent pullback, and the signs of frenzy, is it time to worry? My take: not yet.

Holes in the Story

To understand why I'm not yet worried, let’s look at the reasons for the pullback. The biggest is that faster growth, with the economy reopening and with the federal stimulus potentially driving demand even higher, will drive inflation up. That would force the Fed, so the story goes, to raise rates to control the pending inflation, which would make stocks worth less. The market, as it does, is getting ahead of the story, driving interest rates up and stocks down—now, not later. That is what we have seen. The problem is that the story the market is reacting to has holes in it and will likely not play out the way the market now thinks.

Inflation. While the market is clearly worried about inflation, there are no real signs of significant sustained inflation right now. This is about fear and not what is really happening. As my colleague Anu Gaggar and I have written, there will be some inflation in the short term, as we hit the one-year mark on the pandemic. But beyond that, inflation should continue to be contained and that should keep rates down. And if rates don’t go up much further, they should keep supporting stock prices.

The Fed. The second hole in the market story is the Fed’s reaction. Even if we do get inflation in the short term, the central bank has been very clear it plans to look through that and not raise rates. If we do get moderately higher inflation over the medium term (as noted, we have no signs of that yet), the Fed still plans to hold tight. The market story of much higher rates simply doesn’t have a solid foundation.

Economic recovery. The biggest hole in the story, however, is that the increase in rates is a bad thing. Rates typically go up as an economy enters recovery. In other words, this is a good sign for the economy—not a bad one. And if the economy is doing well, so will the market. When a recovery gets going, rates go up and so does the market. There may be some turbulence as the shift occurs (as we are seeing). But over time, things get better.

Change in the Air

That doesn’t mean there will not be changes. Different types of stocks perform differently at different points in the economic cycle, and we have seen tech stocks get hit hard this time. That makes sense. The impact of higher rates is the greatest on the fastest-growing companies, but they are also the best positioned in many cases to grow faster as the economy heals. Again, the short-term reaction is real, but the longer-term implications may be very different.

Should We Pay Attention?