Debt Ceiling News: Washington Steps Back from the Brink 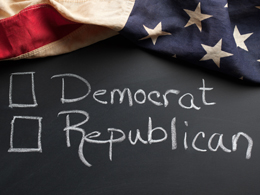 In case you’ve forgotten, the Treasury Department has said that, as of November 3 (that’s five days from now), it will no longer have the money to pay all the bills that come due. That could lead to a U.S. default on its obligations, which could be a big deal.

Fortunately, Washington has now taken a step toward a solution.

The leadership—and perhaps the term is actually deserved this time—of the House of Representatives, which is to say John Boehner, has reached a tentative deal with the White House and the Democrats to seal a two-year agreement that will lift the spending caps and suspend the debt ceiling. Both Democrats and Republicans like it for increased spending in their areas of interest, and the White House likes it because it takes one of the most contentious and dangerous issues (the debt ceiling) off the table for the rest of this administration.

The Tea Party Republicans, on the other hand, are livid that the deal both increases spending and lifts the debt ceiling. And they may not be able to do anything about it.

By resigning his position, Boehner has freed himself from having to please the relatively small Tea Party caucus, which has been wielding influence in excess of its actual size due to internal rules in the Republican caucus. The Tea Party had kept an agreement like this off the table until just this week.

And this is definitely the time to do the deal. Paul Ryan, the incoming Speaker, will face the same challenges that Boehner did, and the fact that Boehner is potentially leaving him with a major problem solved will make his job much easier. Also making it easier for Ryan will be the fact that he specifically ruled out many of the Tea Party’s demands before agreeing to run for Speaker—yet he was still endorsed by a majority of that party.

There are other signs as well that the power of the Tea Partiers may be waning. The biggest one is that the House voted overwhelmingly to reopen the Export-Import Bank. The closure of this agency was considered a victory for the hard right, but the vote to reauthorize it was 313 to 118, with the majority of Republicans voting in favor. The interesting thing here is not just that most Republicans voted for the reauthorization, but that only a quarter of Republicans supported an earlier vote to actually have a full House vote on the issue. That is a big swing and suggests that once the Tea Party starts to lose on an issue, it can lose a great deal of support very quickly.

Of course, it wouldn’t do to get too confident here. It is certainly possible that the budget agreement will fail to pass, in which case we are back to real potential trouble, but at least we have a valid plan for moving forward that would take one major economic and political concern off the table for quite some time. If the deal passes, it is quite possible that much of the dysfunction in Washington will ease or at least move back to normal levels—which would be a big change for the better.