China and the U.S. Stock Market 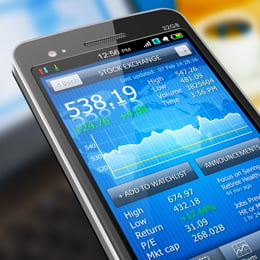 Now that things seem to have calmed down a bit, it’s a good time to discuss why the past week has been so turbulent. The usual explanations—the Chinese currency devaluation and stock market crash—are certainly valid, but there’s more to the story.

Let's take a closer look at the connection between the news from China and U.S. stock prices.

The Chinese economy drives both the country’s currency and its stock market. Despite the government's efforts to shift to consumer-driven growth, the economy remains dominated by manufacturing for export and infrastructure spending. Both have essentially maxed out, with little or no room for further growth.

Exports have been declining, due in large part to an appreciation of the Chinese currency. Other countries, with cheaper currencies, are now less expensive to manufacture in, and China is losing business.

Note that the U.S. isn’t one of those countries. Although it would like to, China does not yet compete directly with the U.S.; its main rivals are still other nations at the lower end of the value chain. The yuan devaluation was aimed at these countries, and it has succeeded in forcing many of them to devalue their own currencies.

The problem is that companies in these countries have reportedly borrowed about $9 trillion in U.S. dollars. As their currencies depreciate, those borrowed dollars get harder to pay back, which may very well lead, over the medium term, to defaults and more problems.

What does this mean for U.S. markets?

For institutional investors, China’s current situation brings back old memories—specifically, the Asian financial crisis of 1997–1998. Similar currency problems led to mass defaults that shook the U.S. financial system. There are significant differences between now and then, but markets often react first and think later. In fact, that’s exactly what we saw this week, with markets running scared and then moving back up.

The other issue for U.S. markets is what the overall slowdown in Chinese growth will mean for the world. The assumption was that the Chinese government was in control and that it would be able to keep growth at expected levels. Its botched response to the initial decline of China’s stock market called that assumption into question, and the shock announcement of the currency devaluation looked to many like a desperate move to increase exports again.

I don’t think that was the case. As noted above, China’s currency had actually appreciated recently, and the devaluation simply brought it back down a bit. Here in the U.S., though, it didn’t really matter because we don’t compete that much with China.

What did matter was the perception that Chinese growth was so much worse than expected that the government might be panicking. Again, I don’t think that's the case, but markets shot first and asked questions later.

Uncertainty may not be fully priced in

At the end of the day, uncertainty has risen dramatically—not only about the second-largest economy in the world but about the entire emerging market space. Markets hate uncertainty, and recent price volatility reflects that.

The question going forward is whether heightened uncertainty is fully incorporated in current equity prices. With U.S. prices down about 6 percent, it may be . . . but then again, it may not. An adjustment of this moderate size suggests that investors now expect China to stabilize and grow at rates close to recent history, and the emerging markets to more or less do the same.

U.S. growth should continue to hold steady, but these underlying assumptions worry me. I suggest you draw your own conclusions and act accordingly.