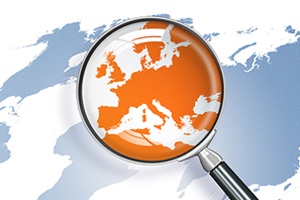 The big news of the day is that the United Kingdom has finally pulled the trigger on its exit from the European Union. The letter initiating Brexit was delivered this morning, and the parties now begin the two-year process of negotiating the exit terms and subsequent relationship.

This is a big deal, certainly for Britain and the EU. But how much does it really matter for investors here in the U.S.?

At the moment, Brexit shouldn’t have a big impact on our investments. After all, it’s not really news. The Brexit process has been under way, in Britain, since the referendum, and markets have had time to adjust. Any effects have long since been incorporated into current prices, and the delivery of the letter itself is something of an anticlimax. Nothing to see here.

That’s in the short term. In the medium term, things get much more interesting, in the sense of the Chinese curse “May you live in interesting times." Delivery of the letter is just the start of the show, and there’s real potential for some market-moving shocks over the next two years.

Consider the fairly large assumptions that are currently priced into markets:

Self-interest may not rule the day. Let’s start with the self-interest assumption. There is indeed a major trade relationship between Britain and the EU. Both sides would be substantially hurt by a disruption. Economically, the case is clear, and self-interest should prevail.

Here’s the trouble: By exactly the same argument, Brexit would never have happened. And yet here we are. Basing projections of the future on an argument that didn’t prove out last time generally isn’t a recipe for success. It’s reasonable to expect that politics and emotion, rather than economic self-interest, will drive the negotiations.

Agreement could be hard to come by. The second assumption is just as problematic—and maybe more so. Britain is divided on this issue, and getting approval for any separation agreement may be as controversial as the Brexit process itself. I could see the British government preferring to blame a collapse in negotiations on the Europeans, rather than trying to bring a weak agreement to Parliament.

In Europe, there are strong incentives against giving Britain a good, or even acceptable, deal—namely, to avoid encouraging other countries to exit. And we haven't even considered the horse trading that will be necessary to get all of the European governments to sign on.

Expect some bumps in the medium term

In short, from an economic perspective, Brexit makes little sense, and from a political standpoint it’s even worse. Knock-on problems, such as Scotland’s decision to seek an independence referendum, will certainly keep cropping up.

Brexit isn’t a big issue for U.S. investors today, and it very likely won’t be tomorrow. Over the next 12 to 24 months, however, this process—in conjunction with the pending national elections in many EU countries—will raise political risk sky high. Although the economic news remains good, both here and in Europe, political risk will be ratcheting up, and investors will need to be watchful.