Are We at a Market Peak? 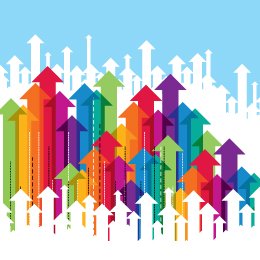 The question that seems to be occurring to more and more people is, “Are we at a market peak?” It has been a multiyear bull market, stock prices have tripled from the base, profit margins have been at record highs for years, and now interest rates are going up. It’s not a crazy thought.

Signs of a peak

Mega-mergers have taken off, the most recent being the SABMiller merger with Anheuser-Busch Inbev. Technology companies are rocking, with multibillion-dollar valuations for Airbnb, Uber, and many others. It sounds like we’ve seen this movie before.

We may indeed be at a short-term top, as valuations are stretched, and it may take some time for earnings to catch up. The question behind the question is, “Are we at a roller-coaster top, one that will be followed by a precipitous decline?” Again, this is not a crazy thought, as the last two tops—in 2000 and 2007—have been exactly that. The last thing anyone needs right now is another 50-percent decline in the market.

Look at the past

The thing to remember is that big drops, like the past two, are not the result of just the markets but of a combination of the markets and the larger economy.

In both cases, we had a massively overvalued market combined with a drastically slowing economy—resulting in massive market declines.

Things are not nearly so out of balance now. Although the market is expensive, it’s not nearly as expensive as during the previous two booms. The economy is starting to grow more quickly but is hardly in boom times. The systematic imbalances that drove the last two crashes don’t exist yet, meaning we don’t have either of the two preconditions for a serious decline.

View from the second story

This doesn’t rule out a lesser pullback. As we recently saw, you simply can’t crash as hard jumping out of a second-story window as you do from a tenth-story window. Right now, at the second story, we may see some damage eventually, but nothing like the last two downturns.

This analysis is comforting for right now, but it also points to a future we should be worried about, as another major decline would be all too possible. Right now, the economy is still growing, and the Fed is still stimulative. But at some point in the next couple of years, growth will start to overheat, and a recession will inevitably come. At that point, if the market were to follow past practice and continue to appreciate, valuations could be even higher than they are right now—and that would fit the preconditions for a major market decline.

Is a major decline coming?

If we agree that two things are necessary for a major decline—a recession in conjunction with significant market overvaluations—we arrive at the conclusion that we have, at most, only one of those right now. In fact, I would argue that market valuations are not high enough to warrant the “significant” title, so perhaps only one-half of one of the conditions. Good news for the present. We can, however, see a not-too-distant future where we will have both. This is what I will be watching.