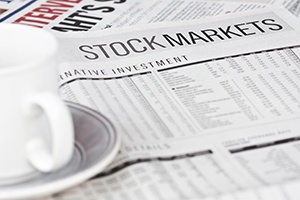 We closed yesterday’s post on how to invest with the question of whether markets were efficient—and what that would mean for how we invest. A foundational assumption of most investment theories is that markets are efficient, which is to say that all information is reflected in an asset’s price. If this holds true, then it shouldn’t be possible to beat the market because—by definition—everything that could affect prices is already accounted for.

The problem with this idea is that, on the face of it, it doesn’t seem to make much sense. Take the flash crash of 2010, for example. The Dow declined by about 9 percent, only to rebound substantially, all within less than an hour. This event is hard to reconcile with the notion that somehow prices are efficient, and there have been other examples since then.

The next step, then, is to come up with different levels of efficiency for the markets. The strong form—that all information (public and nonpublic) is fully reflected in prices—is what we outlined above. But this does not work empirically. The semi-strong version is somewhat less restrictive; it claims prices reflect all public information and that prices instantly adjust to reflect new public information. The problem here is the same as with the strong-form version: the flash crash and other excess market volatility. The final form is the weak form, which states that prices on traded assets already reflect all past public information. This makes a bit more sense but, again, runs into the flash-crash problem.

Let’s take a step back. We don’t need to get too caught up in the flash crash, which might have been simply a glitch and not reflective of the market as whole. I don’t necessarily agree with that, but it is worth considering. The problem here is that even if we take the flash crash out, that still leaves massive market shifts (e.g., 2000 and 2008) to contend with. When the market’s value drops by half, is it really efficient?

Is it possible to beat the market?

I, therefore, don’t believe the market is efficient. As such, it raises the possibility—not the certainty—that we can beat the market in some respects. Further supporting this idea are the multiple investment strategies that, over time, have yielded excess returns. They don’t always work, of course. But the fact that, over time, they can work suggests that markets are not always efficient.

Frankly, this shouldn’t be much of a surprise. Markets are people, and people are not always rational. Fear and greed, which you may have heard of, are profoundly irrational. Even given perfect rationality, information doesn’t reach everyone at the same time, and not everyone makes the same rational judgments about any piece of data.

What about active management?

What this says, though, is that the possibility of active management is a real one, given the market is not always efficient. But the scope for such active management depends on an investor having at least one of two things: better information and different time frames, which are really just two ways of saying the same thing.

Better information is the easier component to understand here. As an example, if you look at a very large company, covered by hundreds of Wall Street analysts and reporters, it is hard to imagine what I could know that they don’t. More, it is hard to imagine that thousands of investors trading that stock could be that far off. This is where the idea of market efficiency holds—in liquid securities, where everyone knows and expects the same things. These markets are largely efficient, in the short term.

Those caveats, however, also give us an idea of where to look for excess returns, that is, in areas with less information available and in using different time horizons in our evaluation. We will discuss that tomorrow.