Another Day, Another Stock Market Drop. So What? 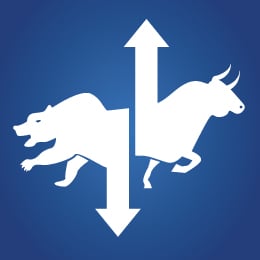 Yesterday was another rocky day for U.S. markets, with substantial declines across all major indices. It brought us close to the lows of late August, and the question now is, will we go lower this time?

Surprisingly, yesterday’s stock market drop has generated very little notice. No real headlines, no panic in the media. I was doing a couple of interviews yesterday, and while it came up, there was no real sense of worry.

Overall, this is a good thing. Market volatility—even when it includes relatively large declines—is normal, expected, and nothing to worry about for investors with a long time horizon. At the same time, this kind of attitude baffles me.

I suspect there are two major reasons for what I can only call a sense of indifference:

I would argue, though, that the real cause of this stock market drop is the one I identified before: decreasing investor confidence, caused most recently by turmoil in the U.S. government. Looking ahead a bit, Boehner’s resignation will certainly make the debt ceiling negotiations at the end of the year much harder, and that will, in turn, make investors less confident.

If you think about it, this is the third major institutional event to reduce global confidence. The first was the Chinese government’s poor handling of its stock market crash and currency devaluation. The second is the Fed’s failure to raise rates. The pending turmoil in the U.S. government fits right in there.

And these events should make investors less confident. When any major government institution looks less competent, the impact could be enormous—particularly now, when markets look so closely to government and central bank policy. Part of the confidence that allows for higher valuations comes from a belief that policy will help and not hurt—and that leaders are competent. When that competency comes into question, investors will and should dial back their expectations and the prices they are willing to pay.

A return to normal?

Given all that, my prior post on valuations and P/E ratios remains timely. As I write this, the forward P/E on the S&P 500 is around 14.8, which is roughly where it was before the financial crisis. Were we to drop to a forward P/E of 14, which still seems a reasonable downside, we would go to around 1,800 on the S&P 500, for a total correction of around 16 percent, which would be right in line with many historical corrections.

There are more details in the other post, but the point to be aware of is that there may well be further downside as the market adjusts to lower investor confidence. At the same time, however, this is normal and healthy. The fact that the media has not jumped on yesterday’s decline is actually a good thing—and one that investors would do well to emulate.

In many respects, recent market volatility, as scary as it can be, is just a return to normal. Many other areas are normalizing—housing and the job market are two good examples—and the normalization of market behavior is also something to be happy about. No, I don’t like declines either, but I am happy to see the market acting like it should.