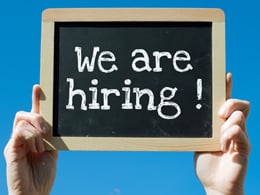 As I wrote the other day, the economic recovery really all boils down to jobs. With multiple weak indicators across the board and a poor March jobs report, many wondered: was the recovery continuing, or were we in the first stages of another slowdown?

Based on the U.S. jobs data this morning, I would say that the question has been answered—and the recovery continues. Beyond the healthy headline number, the jobs report offers additional details that suggest the recovery is likely to accelerate.

Strong job growth, as welcome as it is, hasn’t been the problem, however. That would be wage growth, and here we saw some good news as well. Average hourly earnings rose by 0.3 percent, up from 0.1 percent the previous month and beating expectations. On a yearly basis, wages were up by 2.3 percent, an increase over the previous month.

Although still not great, the trend is moving in the right direction, and other indicators show even faster growth.

Even the gray lining in the data has a silver tinge. The unemployment rate rose slightly, from 5.4 percent to 5.5 percent, but that was because almost 400,000 people moved back into the labor force, bringing the participation rate up to 62.9 percent.

On top of the strong April jobs numbers, today's employment report indicates that risk of an ongoing slowdown is minimal in the near to medium-term future. In fact, it seems more likely than not that the recovery will continue to accelerate.

That’s good news for everyone, especially as the rest of the world (see Greece and China) continues to look risky.