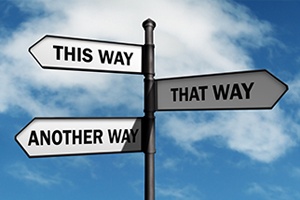 As we start moving further into May, I think it’s a good time to take a look back at April’s economic news, plus what to expect in the month ahead.

Markets recovered. April was a good month. It was not a great month, to be sure, but a win is a win. Markets were generally up slightly here in the U.S., and even emerging markets were not down that much. While I can’t say I was thrilled, I was pleased.

I was pleased not only because up is better than down, but because April snapped a two-month string of losses. After an incredibly strong 2017 and January 2018, markets had pulled back fairly significantly. An apparent economic slowdown in the first quarter—combined with political risks around North Korea and trade that rattled investors—took us close to the first correction since early 2016.

Economic fears arose. While the pullback is often attributed to political events, especially the potential for tariffs, I believe the primary cause was economic. A string of soft data releases raised the real fear that the economy might be pulling back. A weak job report, slow consumer spending growth, and weak investment—along with a widening trade deficit—raised the real possibility that growth was rolling over, and the markets reflected that potential fundamental weakness.

Positive data returned. Since then, of course, the data has turned more positive. Job growth rebounded, while the data for consumer spending growth and business investment has also improved. The political worries have subsided, if not gone away. Most important of all, both corporate revenues and earnings have grown strongly, at almost double the rate expected at the end of 2017. This news has supported markets even in the face of the economic worries.

Companies doing better than expected. It now looks like first-quarter growth, while somewhat slow compared with the end of last year, is still at a healthy level. And it is likely to improve. Companies, rather than weakening, are actually doing better—much better—than expected. In other words, many of the worries that pulled markets down in the past two months have started to fade. It is also why recent positive market performance is important, as ratification that investors are starting to get this idea.

Rising interest rates are a concern. We are not out of the woods yet, of course. Emerging risks center around higher interest rates. With the Fed raising rates on the short end and growing concerns about inflation pushing rates up on the long end, it looks like we will be seeing higher interest rates throughout the year. This could slow economic growth. Housing, in particular, will be exposed as higher mortgage rates make already expensive homes less affordable. Of course, higher rates will affect spending across the board, for both consumers and businesses.

Political risks have not disappeared. While tariffs are no longer an immediate concern, they are still in play. North Korea is making positive noises, but it still has nuclear weapons. And the withdrawal of the U.S. from the Iran nuclear agreement has the potential to rattle oil markets, which are already at the highest price in years. Further price increases could be another headwind for the global economy.

Market showing signs of improvement. All that said, the fact is that here in the U.S., the job market has hardly ever been stronger. There are now more jobs than people available to fill them. Consumer and business confidence remain high, helped by the recent tax cuts, and there are signs spending growth is responding. Markets are showing signs the recent pullback may be over.

Where we are now?

Coming out of April, then, there are certainly things to worry about, but we seem to have weathered the recent slowdown pretty well. Growth continues, the corporate fundamentals have improved significantly, and the immediate risks appear to have subsided. While we will certainly need to keep an eye on things, this is not a bad place to be as we start the summer.