3 Big Themes that Won't End with the Election 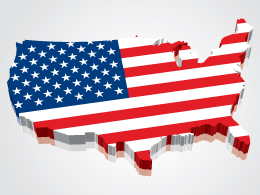 After months of election hype and angst, next week we should know who the next president and Congress will be. What then?

The election is playing out over three underlying transitions that were in place before it started and are likely to continue indefinitely:

These ongoing shifts help explain why this election has been so fraught and highlight what the next government will have to confront. Let’s take a brief look at each of them.

Policy to fundamentals. This shift is best expressed by the Federal Reserve’s struggle to begin raising interest rates. Since the crisis, the economy has been supported by monetary policy while the fundamentals healed. Now that fundamentals have largely recovered, the Fed needs to start shifting the burden back in that direction. The problem is that financial markets have become largely dependent on the Fed’s loose policy. The transition from a policy-driven market to a fundamentally driven one could rattle the real economy as well. The next government will have to grapple with that transition.

Global to local. Recent conflicts over immigration and trade highlight the shift from global to local. Both have brought substantial benefits to the U.S. economy; both have also imposed substantial costs. Around the world, those who believe they are paying these costs are rising up in protest. The new president will have to figure out a way to maintain as many of the benefits as possible while helping cover the costs. People want their cheap TVs and high wages. The next government will have to negotiate that trade-off.

Capital to labor. We’ve just come to the end of a more than 30-year trend in which the financial sector grew and capital markets came to dominate national economic life. Wages for most Americans dropped during that time, and corporate profit margins rose. That trend has now started to reverse, in an economic context, and has transformed into a political one. During the election, both Donald Trump and Bernie Sanders galvanized the large segment of the population that feels they’re not getting their fair share. The next government will have to decide who pays and who gets paid—and it may be different from what we’ve seen over the past couple of decades.

An ongoing (and potentially beneficial) debate

Given these powerful undercurrents, it’s almost surprising the election hasn’t been worse. Change is always difficult, and we are facing reversals in trends that have dominated for years—or in the case of trade, immigration, and capital, for decades. Former winners are now losing and will fight to regain their status. Some of the past losers are starting to win and will fight to keep doing so.

Any way you slice it, a lot of people are looking for a fight, and this election reflects that.

There’s no sign it will stop after the election, either. If the election results in a divided government, which looks very likely, we can expect the political combat to intensify. If we get a unified government, all Republican or all Democrat, we can expect substantial policy moves, which would almost certainly be reversed when the other party comes into office. In short, the current turbulence won’t go away with the next government, no matter who gets elected.

Now for the good news: This is exactly the kind of public debate and action that’s required to catalyze needed change over the next few decades. As bad as it may feel, this sort of conflict is actually fairly normal in U.S. history. In many respects, the election is not the end; it’s just the beginning.