The first thing we need is a definition of a bubble. The classic one is for values to increase well beyond what the fundamentals justify, but this runs into a problem with the terms “fundamentals” and “justify.” Wall Street (or any business, really) has a nasty habit of asserting, like Dr. Pangloss, that we live in the best of all possible worlds, and of inventing reasons why current prices, whatever they may be, are actually reasonable, if not cheap. So let’s sidestep that discussion.

Instead, let’s focus on what creates support to push prices higher, which is effective demand. Effective demand consists of two components: a belief that prices will go higher, and the money to actually buy something in order to take advantage of the ride. Part 1 is created by the assertions described in the previous paragraph, but part 2 is more difficult. The ability to actually buy is dependent on either available cash or the ability to borrow.

Cash has limits, which imposes unavoidable constraints on the ability to buy. Debt, on the other hand, has fewer limits; in fact, it has the wonderful quality—from a certain perspective—of being expandable as asset prices rise. If you borrow to buy, and prices rise, then you can borrow more to buy more, pushing prices up further.

Which brings us to my definition of a bubble. When asset prices are primarily rising because financing is available, you have a bubble. This is difficult to quantify, but we’ve seen some examples in recent years that illustrate what I’m talking about. 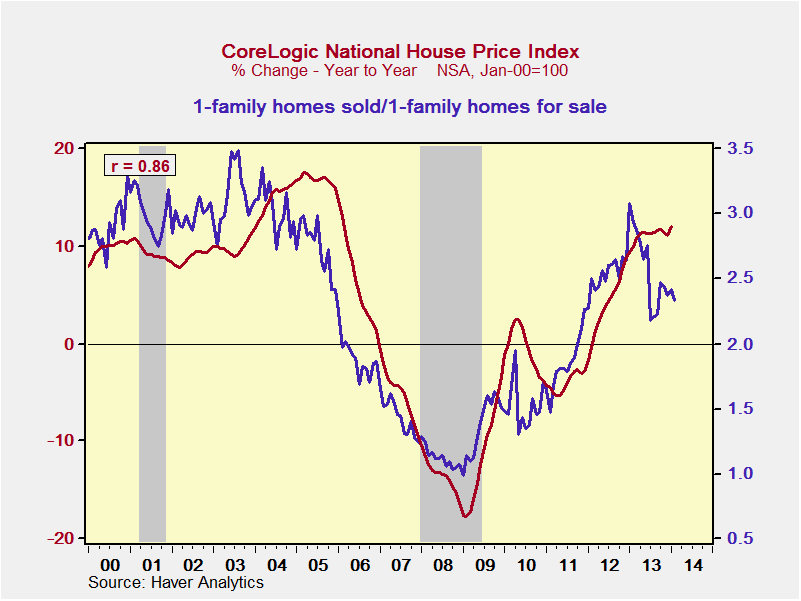 While the bubble relationship for housing no longer holds, you can do the same analysis for stock prices, with the difference that, while correlations were also very high in the mid-2000s, just like the housing market, they remain high right now, as shown below, and have even gone up a bit. 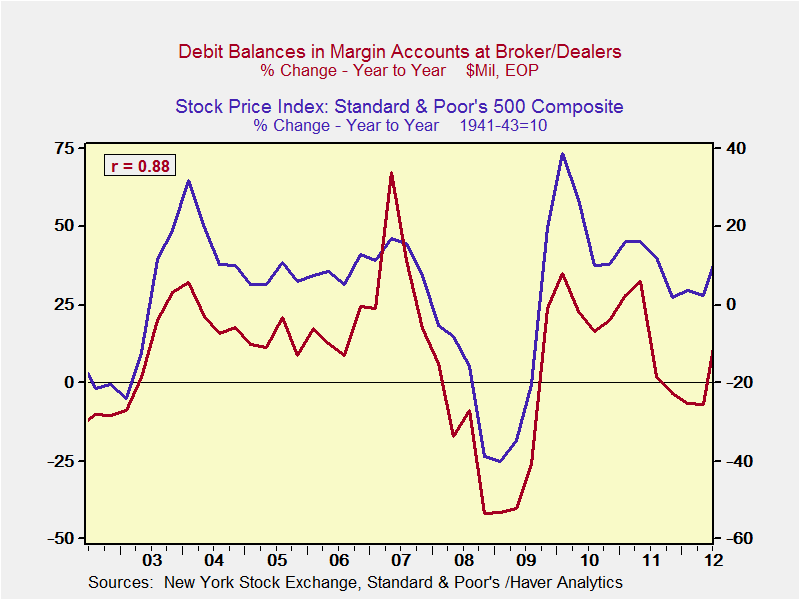 If you conclude, as I do, that the dependence of price changes on the availability of debt is a sign of a bubble, then current conditions in the stock market suggest caution. This isn’t to say a correction is imminent, just that, despite the assertions that today’s prices are reasonable (in fact, cheap!), there are underlying factors that may have driven prices up beyond what has historically been considered reasonable—and those factors do not depend on arguments about fundamentals or valuations.

One final point worth mentioning, which struck me yesterday, is the difference between current margin debt levels and those of 1987, per the chart below. 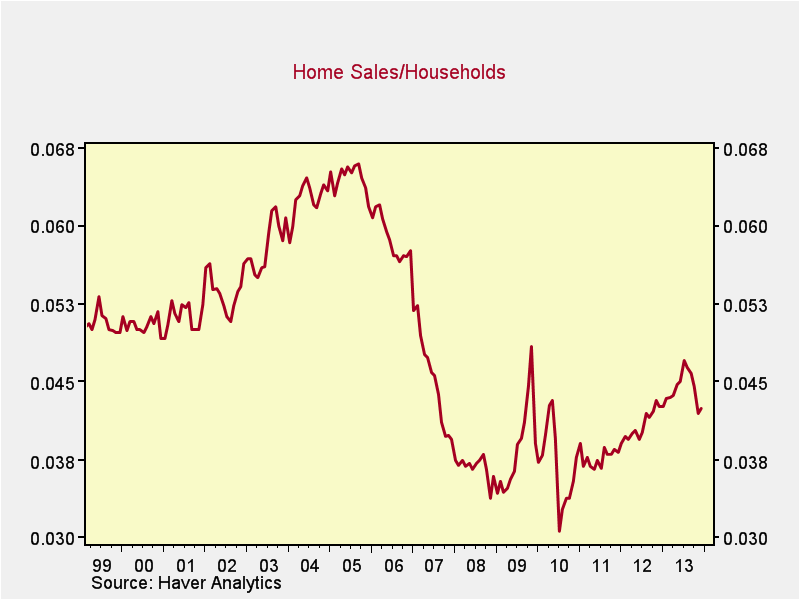 Any way you look at it, debt levels supporting stock prices are well in excess of those in 1987, and are only comparable to those of 2000 and 2007. The rate of change of margin debt, which I have found to be a good indicator of risk, is also most similar to those two years. History does not repeat itself, but it does tend to rhyme—something else to keep in mind.