A couple of bad days recently have rattled many investors. After the strong run-up in the stock market to the end of last year and the continued strong economic reports, many expected the market would continue to perform strongly. Instead, we have had stability for most of the month, with small declines followed by recoveries—until the past week, when we’ve seen one of the worst sell-offs in the past couple of years. What gives?

The key phrase there is “the past couple of years.” So far, we have seen, at worst, about a 4-percent decline, and as of this morning, the market has ticked back up. Is this something we should be worried about?

Actually, per the chart below, we tend to have between one and four monthly declines of 4 percent or more per year. Even the past couple of years, which were considered very calm, had a couple, except for 2013, which had none. 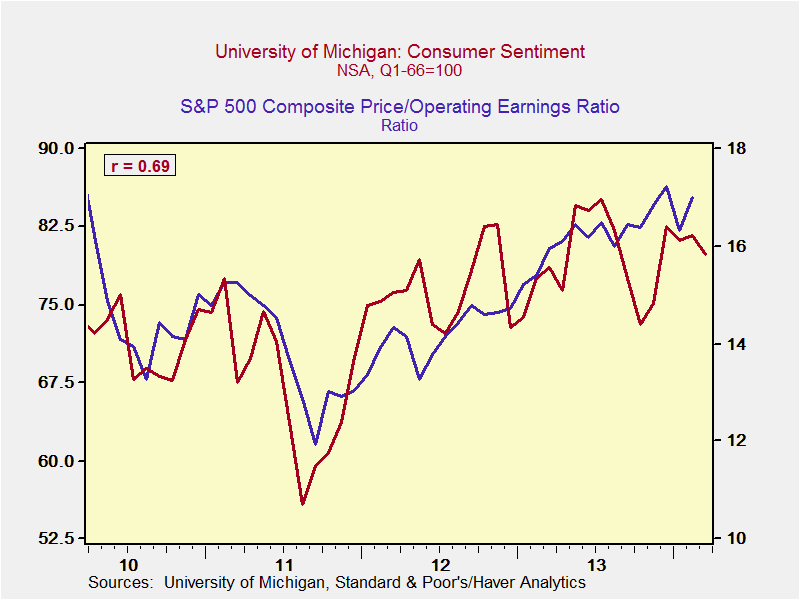 Looking at history, a decline of 4 percent is nothing to be worried about and doesn’t necessarily signal trouble ahead. In fact, some level of turbulence appears to be healthy, with periods of no such declines (including the mid-2000s, the late 1990s, and the mid-1980s) leading to larger declines later. The problem, of course, is that we’re coming out of just such a low-decline period, with no such months in 2013 and only one in 2012. Again, in context, this current drawdown doesn’t necessarily spell trouble, but the quiet of the past couple of years may mean more drawdowns ahead.

Another way of providing context is to look at more recent history, at how prices are changing over time. This is the province of technical analysis and moving averages, among other tools, which I have discussed recently. 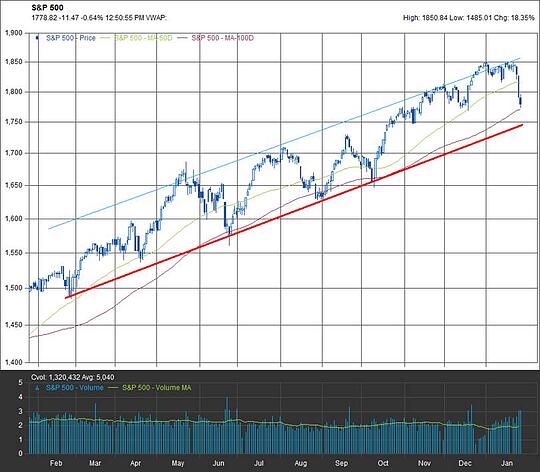 From a market context, there’s the possibility—but certainly not the guarantee—of more declines based on history. From a technical perspective, while it’s certainly possible for the averages to pierce the 100-day level, they haven’t done so yet. Even if they do, other support levels remain. The most important of the support levels, in my opinion, is the 200-day moving average, and we’re still well above that.

Moving from the market to the larger economic context, we find further signs of support. Despite some indications of slowing, U.S. economic growth remains at strong levels for this recovery, and even appears to be accelerating. While stock markets have suffered from emerging market troubles, U.S. interest rates have dropped again, despite the Federal Reserve’s reduction in its bond-buying program, which should provide support to the rest of the economy. Continuing growth and continued low interest rates should serve as an additional cushion for the stock market, softening any adjustment.

Even with all of the moderating factors above, valuations are still very expensive by many metrics. Longer-term valuations, particularly the Shiller P/E, remain at elevated levels. This has been the case for some time, however, and these indicators are terrible trading tools; they can remain high for years. But it’s an additional factor to be aware of on the risk side.

In the broader context, then, not much has actually changed in the past couple of weeks. We have seen some turbulence, and a drawdown that isn’t really significant by historical standards, but the bigger picture remains substantially unchanged. Valuations and expectations are still high compared with historical levels.

The next couple of weeks should show whether the market is facing an adjustment that more closely aligns investor expectations with likely outcomes, or whether it reverts to total optimism. If the first, we can expect to see continued volatility along with further possible declines. If the second, it’s back to the races. In the current situation, technical analysis is useful, and we will be watching that closely. In any event, even though not much has changed in the broader context, this decline suggests that the risk level has risen, and we’ll be following that as well.