One of the drivers of the current recovery has been the housing market. After prices dropped significantly during the financial crisis, they have since largely recovered (per the chart below). They remain below the previous peaks, but that is not a bad thing. 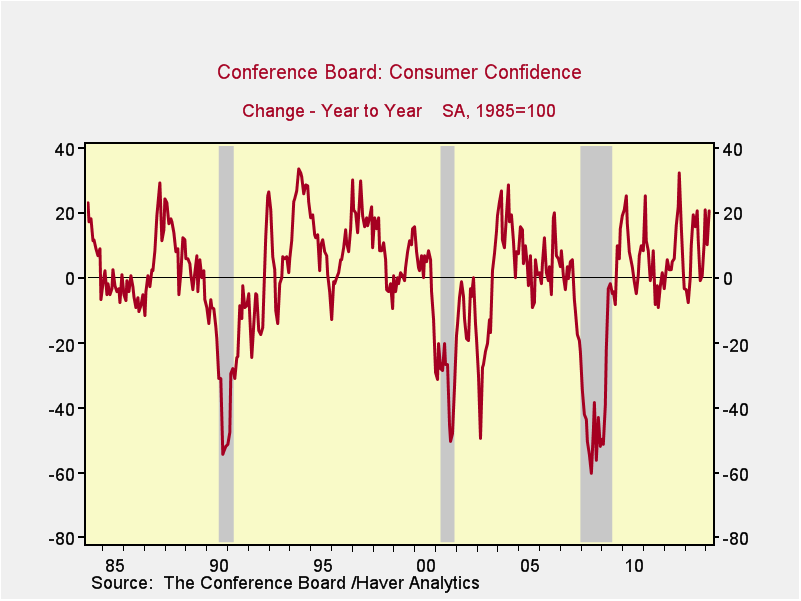 If you look at the annual rate of change of prices, you can see that, after dropping for almost four years, the recent rate of price appreciation has been just as strong as that of the years leading to the financial crisis, which raises the possibility that we may be building another house price bubble. 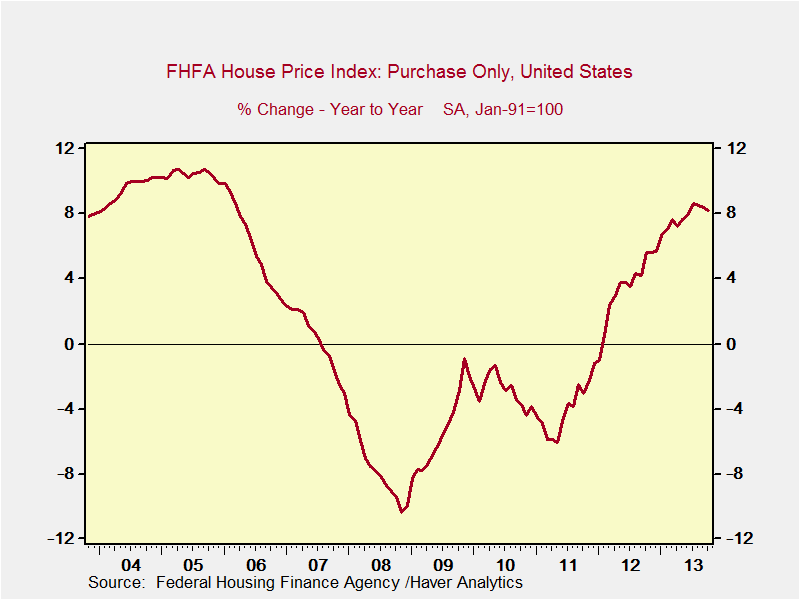 If prices continued to rise at the same rate for an extended time period, that could very well be the case, but, in fact, what we are seeing is that the rate of increase is moderating (see the dip down for the most recent time period in the chart above). The question is whether that moderation will continue—which would mean slower housing markets, but which would be healthy—or accelerate again, potentially blowing up a bubble.

With the rise in rates and the recovery in housing prices, the unprecedented improvement in housing affordability (i.e., the ability of an average household to afford a home) has come to an end, per the following chart.

Going back 40 years, you can see that, although housing affordability is down from the peaks, it remains well above the typical levels of the past several decades, and certainly above the levels of the market peak. The affordability remains a support for continued appreciation and shows no indication of a bubble.

Another way to look at this is to compare demand (i.e., population or households, against the sales of existing homes) per the chart below. Although the data does not go back past the late 1990s, we can see that we are still well below the 2000 dot-com bust level of home sales based on population, suggesting again that there is sufficient demand to support continued, slower growth in housing prices—and that we are not in a bubble. 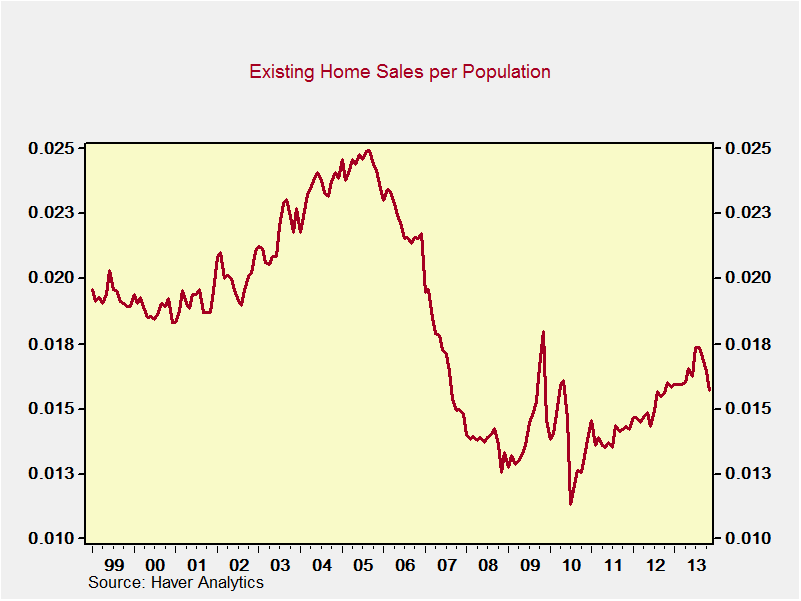 The thing that is missing from this analysis, however, is location. We have all heard the mantra about the three most important things in real estate—location, location, and location—and to treat the housing market at a national level ignores that fact.

When we get a bit more granular, we see that different housing markets are acting in very different ways and that, even within metro areas, you can find neighborhoods with very different price performance. This, again, is a good thing, as it shows that markets are pricing locally based on supply and demand, and there is no overarching factor driving a systemic bubble, as there was in the mid-2000s. Individual markets may become overpriced, but this has always been the case and does not pose a systemic threat. The difference in performance actually suggests that the market is working as it should.

Overall, the housing market recovery is on track. Although it has slowed, this is healthy and expected— indeed, it would be unhealthy if it did not slow a bit. Looking into next year, consumer earnings should continue to increase, which should maintain affordability, even with moderate price increases.

Continued slow appreciation, after correcting to more normalized price levels, is what we want to see in a market—and what we do see in housing. 2014 should be another good year.